Christmas is a time for traditions, as we all know, but this year I was happy that during our annual family gathering we discarded the usual game of Monopoly, with its dubious deals, shifty alliances and endless interpretations of ambiguously stated rules… not to mention the even more opaque and arbitrary ‘house’ rules… for a game of “Balderdash” instead.

It has quickly catapulted itself to the top of my favourite boardgames list, and not just because I won (although that was a big influencing factor, obviously), but thanks to its highly creative and amusing format. Ageing readers familiar with the Call My Bluff gameshow, will understand the formula pretty much straight away: the idea is that the quizzmaster (you take turns in performing this role) reads out either an acronym, an obscure word, or the start of the bizarre law or event, or the name of a not-very-famous historical person, and then the remaining competitors have to come up with a likely answer/explanation etc. These fictional answers are mixed in with the correct one and read aloud by the quizzmaster and then it’s up to each individual to decide which is the real answer. Points are scored for both correctly guessing the right answer, as well as for successfully fooling people with your fictional gambit. The devil is of course in the details, and I have to praise my extended family for their creativity in coming up with intricate and highly credible bluffs. For example, when asked to give an answer as to what Christopher L. Sholes is famous for, the following answers were submitted:

Good luck with that then! I opted for the American colonel, thus gifting my brother-in-law a point. My own fictional answer – b) which I was sure would get me several points, scored me nothing, and the correct answer, was – rather anticlimactically given his build up – answer c).

Meanwhile the word “crizzle” was defined as 18th Century head-dresses, ghetto slang for crib, and even by one wag as “drizzle at Christmas”, whilst “zoosemiotics” was given as the study of animal pyschology, the design of zoo enclosures and, most convincingly of all, as the recording of wildlife during seismic activity. None of course were the correct answers. (Which are here and here!).

In the end I just about sneaked to the finishing post first, by convincing people, amongst other things, that Charles Wheatstone is the only person on record to have killed himself in a duel, that the I.B.D.C.C. is the International Bureau of Design and Creative Culture, and that the pralltriller is a Scandinavian whaling vessel. Unlike the usual metaphorical elbowing and eye-gouging at the Monopoly board, and bad tempered challenges and defences of dubious two-letter-words in Scrabble, the game lends itself to great bonhomie and humour… and therefore is absolutely perfect for family bonding at Christmas. Let’s see if I say the same if I end up losing next year though!

Right, you probably didn’t come here for boardgames advice, so let me get to the original point of this post which is to wish all our readers, regular and new, a very Merry Christmas and Happy New Year. I sincerely hope 2014 brings you all great luck and many amazing travels! Let’s take our customary quick look back now, at what we’ve published recently, in the hope it might inspire those very peregrinations…

I love a great travel story, and my favourite part of editing this blog is reading the first hand reports of our team as they investigate some of the fun and funkiest trends happening in travel right now! This autumn/winter, Marissa Tejada visited Barcelona where she took advantage of one of the city’s many new forms of tourism, to explore the town with a personal fashion and design guide. Read all about it here! Meanwhile James Pengelley investigated the nascent coffee culture brewing up right now in Bogota… for years Colombia have exported all their best beans, but here he interviews all the main players revolutionising coffee in the Colombian capital itself. Finally, native Rotterdammer, Ina Scharun, got wet and wild – well wet anyway – as she explored her Dutch hometown from the novel perspective of a floating hot tub. Pack your Speedoes and head this way to read how she got on! 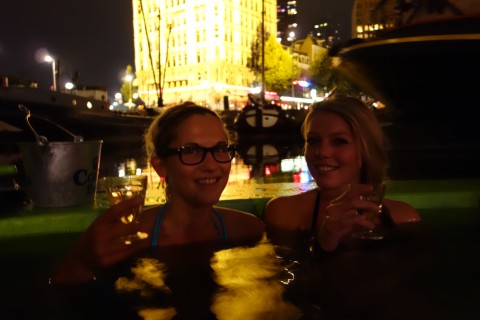 Nothing makes me want to visit a new city like reading all about its best bars, cafes and hipster attractions! As usual the Urban Travel Bloggers have been tempting me to scratch all kind of – travel – itches with their latest insider guides. Mandy Andritsi, after penning our excellent guide to Athens, is back with a report from her adopted hometown of Angers in France. Whilst Caitlin Purdy, a travel writer who has featured in the New York Times, amongst other publications, penned this romantic guide to Lima, Peru that has got me checking flight prices to South America. Apparently you can even go swimming with sea lions!? Closer to home, or my home at least, talented newcomer Steven Blyth has written a fantastic introduction to the city of Edinburgh… a destination which I confess to having shamefully overlooked on my travels! I was pleased to see that Boards of Canada made his “Soundtrack to the City”… Steven is obviously a man of good taste! 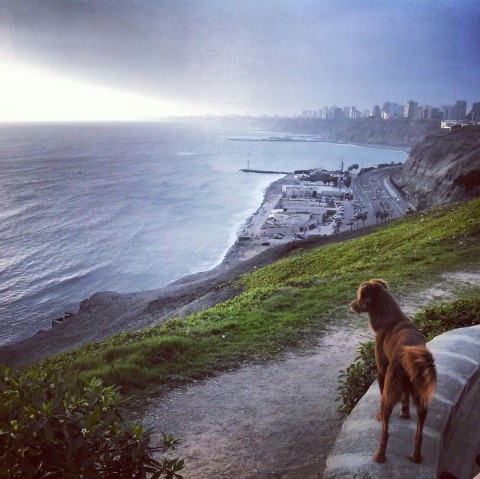 And in related news, we continued our series of district focus pieces by taking an in-depth look at Holesovice, in Prague. Lisette Allen, a local journalist who also reports for Guardian Travel, easyjet Traveller and Expat.cz, is the lady who knows the local scene…

Applying not just our collective pens, but also our collective lenses, we’ve published some intriguing photo reportages from well just three corners of the globe… for sheer bravado and outthereism (…it’s Christmas and I’m allowed to make up words!) I loved Maximilian Clarke’s photos of the ruins of Darul Aman’s palace in Afghanistan. Safe to say I won’t be adding it to my travel itinerary any time soon, however all the more reason to check out his pics during an entirely safe vicarious visit. Meanwhile the ever-roaming Keven and Krystyna took these colourful pictures of Kerkyra’s backstreets in Corfu. They certainly made me yearn for those brilliant blue Greek skies and a crisp glass of retsina wine. Finally, you might remember I journeyed to Paris back in September… well one of the highlights was this delightfully autumnal visit to Montmartre Cemetery, aka “The Cemetery of Artists”.

That’s not quite it either, because Vince Robbins posted his final recollections and highlights of his adventures in South East Asia. I really enjoyed reading his travel diaries as he went, and that certainly won’t be the last you hear from Urban Travel Blog “On The Road”. Finally, I recently had the pleasure of meeting Sonia Frieder of Sonar Travel online… she is a specialist itinerary planner and prepared this one day itinerary to Montreal especially for UTB to show off her skills! Also on a collaboration tip, we continued to benefit from the wisdom of Andrew Matthews’s monthly column, and I particularly liked his post on top ten gifts for travellers. If you’re shopping in the sales, check them out!

That’s it fellow roamers… enjoy the festive season and let’s stay friends in 2014! Here are the various ways you can stalk us…

Whilst you can find me personally on