A Tale of Pilgrims, Palaces & Wines in Galicia

After exploring the charms of Santiago de Compostela, Ben Holbrook takes a tour of the region’s palatial Pazos, indulging in a bit of wine tasting whenever the occasion allows… join him in this unique corner of Spain.

“I am going to show you one of the most beautiful cities in the world,” whispered our guide Marian. “I want to show you the secret places I discovered when I was a student here at the University of Santiago de Compostela.”

The morning had been fresh and foggy, giving Galicia‘s emblematic eucalyptus forests a mystical quality as we drove through them. But as our bus pulled into Santiago de Compostela, the sun beamed down on us as if it were the height of summer and not early October.

It’s a lively city. As well as being the capital of Galicia and home to one of the world’s oldest and most respected universities (it dates back to 1495!), it’s also where the Camino de Santiago comes to an end. As one of the most famous religious hikes on the planet, it sees the arrival of almost 300,000 pilgrims per annum – a figure which continues to grow each year.

…one of the most famous religious hikes on the planet, it sees the arrival of almost 300,000 pilgrims per annum…

“And do you know what ‘Santiago de Compostela means’?” asked Marian. “It means ‘Saint James of the field of stars’.” A suitably beautiful name for this medieval jewel, which is taken from the Christian belief that a shepherd was led to the buried saint’s remains by bright stars glittering above a meadow.

After exploring the Mercado de Abastos de Santiago (a must) and the old town’s warren of lively streets, all white-washed with exposed stone and tawny roof tiles, we found ourselves in Praza do Obradoiro. This is the city’s main square and is loomed over by the gothic bell towers of the cathedral, the very place where the remains of Saint James the Great, one of Jesus Christ’s 12 apostles now lie.

I watched as pilgrims arrived, some alone and wearisome, others in groups of tearful excitement.

For the pilgrims hiking the Camino, arriving here at Praza do Obradoiro marks the end of what will have been many weeks or even months of intense introspection, awe-inspiring views and good ol’ fashioned pain.

I watched as pilgrims arrived, some alone and wearisome, others in groups of tearful excitement. I noticed non-pilgrims and watched them waiting for the loved ones to arrive. As the pilgrims hobbled into the square they’d screech with joy, waving their walking sticks in the air in a state of elation.

I was lucky to meet a Korean gentleman named Hye. He’d just walked over 800km for the second time in his life. I congratulated him and shook his hand, joking that he should do another next year. “No more Camino! No more!” he laughed.

Like much of ‘Green Spain’, Galicia is home to many beautiful palaces, or ‘pazos’ as they’re known locally. Pazo de Galegos is unquestionably one of the most interesting of them all. Nuzzled away in the countryside about 15km outside of Santiago de Compostela, this imposing country mansion harbours four hectares of vineyards and a fascinatingly layered history.

It was once the home of Antonio Lopez Ferreiro, a famous writer and canon of the Cathedral of Santiago de Compostela. He was also a founding member of the Royal Academy of the Galician Language and, most impressively of all, responsible for the rediscovery of Saint James’ tomb.

“I do things a little bit differently to other wine producers in the region… But as I always say: my wine, my way!”

Pazo de Galegos is now the residence of Manuel Garcia and his son Pablo, who, with the help of their cuddly ginger cat called Sr. Freski, produce Galicia’s famous Albariño (white) and Mencia (red) wines.

“I do things a little bit differently to other wine producers in the region,” Pablo told us as he showed us around. “But as I always say: my wine, my way!”

Indeed, with his funky wooden sunglasses, skinny jeans and colourful shoes, he is nothing like the straw-hat and welly-wearing caricature you might envision when thinking of a traditional Spanish winemaker.

Manuel is far more what you’d imagine a charming, but no-nonsense, gentleman with the authoritarian air of a hardened headmaster to be like.

“Gather round, gather round! We haven’t got all day,” he said half-jokingly in his perfect received pronunciation, which I gather he cultivated during a period of living in London.

“Look at this vine and tell me what you notice.”

“This vine is over 100 years,” Manuel beamed, as awed by his words as we were. “Many believe it is the oldest vine in Galicia.”

Like most of the vines in Galicia it was elevated way above our heads on huge trellises, so that the plants don’t rot in the pools of rain that form during the region’s notoriously frequent and heavy down pours. But then I realised that from its huge trunk were smaller vines sprawling out over an expanse of land about the size of my apartment. “This vine is over 100 years,” Manuel beamed, as awed by his words as we were. “Many believe it is the oldest vine in Galicia.”

Sip and Stay: As well as the excellent vineyard tour and wine tasting experience, which includes a hearty lunch, Pazo de Galegos also has a number of guest rooms, making this an ideal destination for wine lovers. Find out more here.

Another luxurious option is the Hotel Spa Relais & Chateaux a Quinta da Agua, a sublimely comfortable and romantic 4-star boutique with first-class dining and leisure facilities.

Pazo de Oca is arguably Galicia’s most famous palace. It dates back to the 12th century and was originally built as a fortress, but Fernando Gayoso, Marquis of Camarasa, turned it into the palatial residence it is today in the 18th century.

The hulking stone palace, known as ‘The Galician Versailles’, isn’t open to the public as it is still the family’s residence (can you imagine?), but the baroque gardens will transport you back in time to bygone times of melancholic romanticism.

Stroll the grounds and seek out the boating lakes, hidden romantic nooks, mazes, vegetable patches, and elegant sculptures. It’s an entire universe unto itself.

“You have to think that the noble family who owned this house lived through many difficult political times. They were hated by the people and they were scared that they would be killed if they left the property, so they lived their entire lives here in these gardens and in the palace,” Marian explained when I asked if they really needed quite so much land.

Equally as impressive is the 12th century Pazo de Rubianes in Vilagarcía de Arousa, which has the added benefit of a 21-hectare vineyard and a 40-hectare botanical garden.

Here you are free to walk among its mature evergreen magnolias and see the (alleged) oldest eucalyptus tree in Galicia, before heading to the tasting room for a few sips of the property’s snappy wines.

The palace itself is also open to the public – apparently the owner locks herself away in a wing of the property until everyone leaves.

Situated in the historic coastal town of Cambados, the 16th century Pazo de Fefiñanes was built by King Felipe II’s advisor, Don Juan Sarmiento Valladares. It was eventually acquired by the Marquises of Figueroa, the descendants of whom still own and reside on the property – one of the noble family members even gave us a tour!

The property is packed with fascinating relics and much of it is open to the public. After touring the bedrooms, which looked as if they haven’t been touched for hundreds of years, we climbed up the fortress-like tower to enjoy the views across Cambados and down to the sea. The breeze was spiked with the scent of salt and wet sand and I felt like I was standing at the the very edge of the continent.

The breeze was spiked with the scent of salt and wet sand and I felt like I was standing at the the very edge of the continent.

Leading off the property via a huge wooden door, we entered the palace’s private gardens. We walked in the shadows of huge trees, fallen leaves rustling under our feet, and I considered that it felt more like a forest than a garden – nothing about it was manicured or landscaped – in a really beautiful way.

In a small clearing, sheltered by a leafy canopy, Maria’s mother poured us glasses of their famous Albariño wine. It was the first time I had been served wine by nobility and I found myself doing a silly sort of bowing/curtsy dance in my attempt to convey my gratitude. She smiled wryly and buried a laugh in her wine glass.

It was the first time I had been served wine by nobility and I found myself doing a silly sort of bowing/curtsy dance in my attempt to convey my gratitude.

Dating back to 1904, Bodegas del Palacio de Fefiñanes is one of the oldest wineries in Galicia (and Spain) and has won a slew of prestigious awards. And having sipped my fair share of them on that balmy afternoon, I can attest that they deserve every one of them.

A Farewell Kiss Goodbye in Cambados

Slightly woozy from the midday sun and morning’s wine tasting efforts, we wandered through the sleepy seaside town of Cambados. Narrow streets untangled themselves before us, revealing scenes of vine-strangled houses and restaurants springing to life in time for lunch, the scent of the sea ever present.

It was all so idyllic, like another world and time entirely, and I found myself reflecting on my experiences in ‘Green Spain’. From the Basque Country and Cantabria to Asturias and now Galicia, everyone I’d met had been so proud, so passionate about sharing their heritage (and gastronomy!) and I felt honoured to have felt so welcome.

In a small but relatively modern restaurant called Pandemonium, we devoured creative dishes that drew on the region’s famous meat, fish and fresh produce. I topped up on Albariño and Mencia wine and felt a wave of panic wash over me as I pondered how I would go about putting the beauty and energy of this fantastical land into words.

I’ve done my best here but can’t help feeling I’ve only scratched the surface. I am desperate to return to Galicia and the rest of Green Spain and urge you to book your flight and see it all for yourself.

For more on this corner of North Spain check out the Editor’s own travel adventures in Galicia, where he expounds on some more great places to visit and some of the idiosyncratic superstitions of the land.

Ben was invited to journey #InGreenSpain by Tourism Galicia, Spain Tourism and The Travel Mob. All opinions are his own. 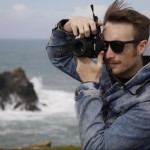 Ben Holbrook is a freelance travel writer and photographer based in balmy Barcelona. Follow his vino-fuelled adventures across Spain and the rest of Europe on his blog DriftwoodJournals.com.