From street art and skiing to fjords, festivals and a revitalised food scene, Ben Norum gets to the heart of Norway’s unique capital city. Plus find tips on hotels, nightlife and getting here.

As the smallest and quietest of the Scandinavian capitals, Oslo isn’t known for all that much – except being excruciatingly expensive. There’s no getting away from it, it’s not cheap – but it is bustling, bohemian and beautiful. And yes, you can afford to visit without auctioning off your aunt.

At last count the city could boast little over 600,000 inhabitants, and with more than 70% of them being of Norwegian ethnicity, it’s hardly multicultural. But when have cities been all about figures?

In Oslo street art rubs shoulders with historic palaces, new wave coffee shops and microbreweries cosy up with great museums, and bars heave well into the night. Then there’s the vast parks, cutting-edge architecture and stunning waterfronts – all just half an hour from the slopes, should you fancy a touch of skiing. In other words, Oslo is a city that well and truly punches above its weight.

You’ll never have seen an art installation quite like The Vigeland Park (also known as Frogner Park), and that’s exactly why you should check it out. This sculpture park is home to a rather impressive 212 bronze and granite creations from Norwegian sculptor Gustav Vigeland – each one of them naked. Yes, it’s known colloquially as the ‘park with the naked statues’, and its most famous piece is a statue of a young boy having a tantrum in his birthday suit. The park itself is also pretty, especially when lit up at night.

There are more than 50 museums and galleries in central Oslo – including those dedicated to magic, music, medicine and the military. To try and do too many would be foolish, but there’s a couple that are must-sees. The Viking Ship Museum presents recovered ships of Norway’s famously bad ass ancestors alongside other discoveries from Viking tombs. And the Munch Museum tells the story of troubled artist Edvard Munch, most famous for his painting The Scream, as well as exhibiting his work.

North of the centre – but well connected – is Holmenkollen, which is a source of national pride for Norwegians. This ski jump has been hosting ski festivals since 1892, and has been home to many prestigious international competitions including the Winter Olympics. The jump itself is an impressive sight, while a ski museum and a display of polar artefacts will also be of interest to snow-ophiles. Don’t miss out on visiting the observation deck on top of the jump tower and seeing unparalleled 360 degree views of Oslo any time of year.

Oslo is not a city that’s short of hipsters, with its Grünerløkka district to the east of the centre boasting a vibe a lot like eastern parts of London, New York or Berlin. Once an industrial wasteland and the city’s poorest area, it’s now home to coffee shops, microbreweries, bars and restaurants galore.

Visit Grünerløkka lufthavn (yes, that means airport – but it’s not an airport), which is run by a creative cooperative and housed in an old school building. As well as studios and rehearsal space for locals, a tucked-away café offers a friendly spot to mingle with the artsy or just enjoy some bites and booze with a backdrop of live bands, jazz, DJs or whatever else has been organised. Plus, there’s free foosball in the basement.

While in the area, consider a cycle down the fast-flowing Akerselva river (there’s no shortage of places to hire bikes), a spot of shopping at the many vintage markets and boutiques, or a graffiti-spotting stroll.

Winter is perhaps the perfect time to visit Oslo – it’s the only place in the world where city break and ski break collide so happily. Get yourself a pair of skis, take them on the metro (everyone does), and within 20 minutes you’ll reach Nordmarka forest complete with miles upon miles of cross-country ski trails in peaceful and idyllic surrounds. You can keep going until late, as they’re lit up past 10pm – if you’ve never skied in the dark, believe me you should.

If slope skiing or boarding is more your thing, Oslo Winterpark similarly close to the centre is another option. This comes with the added bonus of cosy winter cabins where you can sip mulled wine by an open fire – but be warned that drinks here are unsurprisingly pricey. Mulled wine aside, it’s completely kid friendly, too.

Visiting in summer? No worries. While there are endless opportunities for fjord excursions, forest hikes and fishing trips, you might also be able to catch Norwegian Wood. Don’t snigger. It has an unusual name, but is a rather epic rock festival which has previously seen performances from Alanis Morisette, Nick Cave and the Foo Fighters. And if you’re more into Indie, then Øya festival in August is worth checking out.

If you’re on a budget (or just want to save dosh for other things), then Comfort Hotel Xpress is the place for you. Located just a short walk from Oslo’s main station, it’s designed to prioritise the things young travellers care about (clean and comfortable, free wifi, free coffee, some communal kitchen space) and save on things they don’t (your sheets won’t be changed unless you request it, space is limited, there’s no room service). The result is somewhere around half the price of other options in the area. Thon Hotels are a Norwegian chain offering more traditional but reasonably priced accommodation at several sites around Oslo, so are also worth a look – the Thon Rosenkratz Oslo is their best reviewed property. If you’re in the mood to splash out for a night or two, then opt for The Thief. It’s set on a fjord-side peninsula and is decked out in art and furniture from the design world’s top players. For the full gamut of accommodation options check out Booking.com – you can quickly filter by price and rating and they also list more affordable options like apartments, hostels etc..

Oslo’s dining scene has really upped its game over the last few years. The result is that you can eat very well indeed without going to the city’s most expensive spots, such as Maaemo which has two Michelin stars and is internationally renowned but not in the least bit affordable. Instead try hip Lokk, which specialises in soups (and more recently some stews) and does them very well indeed. Or scenic, fjord-side restaurant Louise, which shows off this nation’s capable ways with fish. A must visit is Mathallen (literally ‘food hall’) which is a vast indoor food market in the Grünerløkka area, with more than 30 stalls, bars and restaurants. It could be described as the beating heart of Oslo’s new food movement, and is a reliably atmospheric and affordable place to get your fill. Make sure you try some pickled herring – pretty much Norway’s national dish – at some point.

Key to Oslo’s nightlife is understanding Norwegians and their alcohol: they love it. But, as any visitor soon finds out, it’s bloody expensive. The result is that most young people drink at home at the start of an evening, to minimise expenditure (and maximise consumption) before heading out to bars and clubs later on. So, don’t be put off if a so-called hotspot feels rather empty at half ten, just hang on an hour or so. It’s a habit known as forspill, which literally translates as foreplay – still no sniggering, please – and if you want to join in, you need to know that alcohol isn’t as easy to buy as you might think. Only certain shops – called Vinmonopolet (wine monopoly) – are licensed to sell standard strength beers, wines and spirits. Oslo has lots of them, so don’’ panic – but don’t expect to find the national spirit akvavit in supermarkets. Later on, mingle with Oslo’s beautiful people at hip club Baroque, sip some of the city’s best cocktails at Sense, or dance to live music at Skaugum where’s there’s something of a house party vibe. There’s no shortage of more laid-back café-bars either, while liberal Oslo also does well for inclusive, good-time gay bars.

Oslo Gardermoen is the city’s most central and best connected airport and you can get there from all over Europe on budget airline Norwegian, while numerous other airlines including BA, KLM and SAS run regular flights.

Visit Oslo, the city’s official tourism website, is a nicely designed and easy to use guide to what there is to see and do in Oslo. Use It offers similar content, but is designed specifically for younger travellers and is good for ideas on a budget.

The Wallpaper guide is worth a read, while the Berlitz pocket guide is concise but useful. For Norwegian novels it would be hard to improve on this list by the Guardian. Or you could dip into the world of Oslo’s most famous sleuth, Harry Hole.

Oslo isn’t a big player when it comes to films, but you could check out the very good film Oslo, 31 August for a few shots of the city – it’s the story of a drug addict spending a day out of rehab.

If you’re looking for even more city break inspiration then check our full list of Long Weekend city guides here. With our team of local reporters from around the world, we’ve got the insider scoop on the world’s best urban locations, including fellow Scandinavian capitals Stockholm, Copenhagen and Helsinki. 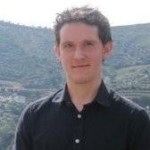 Ben Norum is half Norwegian, was born and raised on the south coast of England, and now lives south of the river in London. He works as a freelance journalist writing mostly about the city’s food and drink scene.