Stunning natural scenery and royal architecture, seasoned with hipster culture and a pinch of Swedish pop are the perfect ingredients for a Scandinavian city break. So says Wailana Kalama as she shares her Stockholm recipe…

Known for its startup scene, trendy clubs and strong coffee, Stockholm’s nickname as the “Capital of Scandinavia” is well-earned. In recent decades, Stockholm has been shifting from a conventional, restrained city to a major metropolis of technology and ethnic diversity.

In recent decades, Stockholm has been shifting from a conventional, restrained city to a major metropolis of technology and ethnic diversity.

Restaurants and bars have turned what was once alternative into a mainstream art form, so that you have to really dive in to find the hidden and the obscure. For that your best bet is Södermalm, one of the city’s many islands and the center of unconventional, artsy types, where you’ll find most of the vintage shops and underground music scene.

As with everywhere in Sweden there is an emphasis on living a wholesome life: groceries stock free fruits for kids and you’ll spend no more than 100 SEK on a healthy lunch.

The City Bikes system encourages residents to pedal from a to b (a 3 day card is available to tourists for 165 SEK from hotels and the Pressbyran convenience stores) and outdoor gyms abound on the waterfronts. Not to say that Swedes don’t love their indulgences: there’s an obsession with coffee and pastries that ensures you won’t stay without caffeine or sugar for too long.

…there’s an obsession with coffee and pastries that ensures you won’t stay without caffeine or sugar for too long.

Swedish winters are beautiful, but long, dark and cold, so your best bet is to time your Stockholm city break for spring or summer, when the days are longer and warmer, and sightseeing is altogether more pleasant. Straddling part of an archipelago of 3,000 islands the lure of a boat trip is hard to resist, whether that be a sightseeing tour under the bridges of the capital’s central isles, or a journey to some of the remote rural rocks where locals go to kayak, swim and enjoy the country’s famous natural beauty.

Stockholm has all the usual tourist trappings you might expect from a European capital — a beautiful old town, museums galore and overpriced coffee. But unlike many rival beaten tracks, each sight is definitely worth checking out. The island of Gamla Stan forms the historic center of the city, and is the ideal place to start. Here you’ll find picturesque architecture, cute cobblestone streets, hidden specialty shops, niche bookshops, the Nobel Museum and even a fun Viking-themed diner that somehow avoids being the bad kind of cheesy.

Once you’ve exhausted the streets of Gamla Stan, Djurgården should be next on your list. This large forested island is home to Gröna Lund, the second oldest amusement park in the world, the ABBA Museum, and Skansen, a 75-acre open-air museum and zoo. It is also home to the Vasa Museum, which, with its restored and remarkably preserved 17th-century warship, is a must for history nerds. All of these attractions are within walking distance of each other, but if you want to explore the peaceful western side of the isle, with its parkland and sea views, you’re better off hiring a bike. Here you really feel that you’ve escaped the city.

If you’re determined to round up all of the Swedish capital’s major sights, you might want to invest in a Stockholm City Pass with public transportation, which also includes free boat tours and entry into over 60 attractions. For even more options, from local beer tasting to wilderness hikes, check the many activities and tours on Get Your Guide.

For attractions hidden and unknown, you’ll have to stray far off the beaten path in Stockholm, as trendy tends to dominate over secret here. Start at Södermalm, the center of all that is hip in Stockholm, home to vintage shops and specialty teahouses.

Pick up loose leaves from all over the world at The Tea Centre of Stockholm or sip some bubble tea at the Allmytea House of Bubbles, or head to Louie to Louie for smoothies and cake.

Fashion gurus with discover the best vintage finds at Stockholms Stadsmission and Emmaus.

The rain won’t go away? Then dash into the Pionen Data Center, a civil defense that now holds the servers of major world corporations and in 2010 served as the storage for WikiLeaks’ servers. The facility is tucked deep in a mountain on Södermalm island, and could notoriously withstand a nuclear attack.

Across the water from Gamla Stan and Sodermalm, the small island of Skeppsholmen hosts the Moderna Museet, a fantastic modern art gallery that somehow stays off the average tourist’s radar. Meanwhile, those looking for a quiet corner might like to marvel the well-sculpted grasses at Skogskyrkogården, the Woodland Cemetery, and member of the UNESCO World Heritage List.

For a truly unique experience, check out the Invisible Exhibition — a space created to educate the public on what it’s like to be blind or partially sighted.

Sadly it’s no longer possible to glimpse the Codex Gigas at the National Library. However the he world’s largest medieval text, authored by a single Bohemian monk and bearing a remarkable portrait of the Devil himself, can be viewed online.

Stockholm’s cultural calendar is alive year-round, with Midsummer in June as the highlight, a night of drunken revelry, countryside gatherings and dances around the Maypole – although you might need to have some Swedish friends in order to really experience it properly. It’s also no-holds-barred on Walpurgis Night, a holiday in spring for university students to let loose and go wild.

Since its conception in 1998, Stockholm Pride Week has grown to be the largest gay pride celebration in Scandinavia – one reason why the Swedish capital made our list of top LGBT city breaks – and for one week in July or August, Södermalm erupts with art exhibits, films, parties and parades.

Summer is also the season for the free outdoor Park Theatre, with circus shows and folk dance in parks throughout the city. Stockholm also hosts an impressive Boules festival, La Mayonnaise, as Swedes are fairly fanatic about the French sports. If you’re keen on racing, don’t miss the Midnattsloppet or Midnight Race, where 16,000 runners race 10km (6 miles) around Södermalm. There’s also the Stockholm Marathon in June.

Stockholm isn’t cheap but if you’re looking for budget while still cool, try City Backpackers in Norrmalm. They have bikes for rent and offer bike tours through the city. The Mälardrottningen is a 1924 ship that doubles as a quirky hotel and sits off the banks of Gamla Stan. For something really memorable, try the Långholmen prison hotel, where, as the name suggests, you spend the night in a converted jail cell. Hotel Rival is a pricier stay but the Art Deco vibe will certainly add the wow factor to your weekend break.

Stockholm is as cosmopolitan as cities get — so here you’ll find everything from Vietnamese to Hawaiian to French to Mexican to Indian to, of course, Swedish fare. There’s a growing trend of hip hamburger diners, with brews and milkshakes to match. The trick is to eat out during lunchtime, when most plates might set you back just 110 kroner. Cafe Schweizer offers a healthy choice of soups, quiches and sandwiches in Gamla Stan, and is one of the top choices on the island. For a fun themed dinner out, try Aifur, down the street in the Old Town, which serves traditional Viking dishes. Few do bakeries better than Swedes, and chief of bakeries is Vete-Katten, with its old Viennese charm and raspberry tartlets. Here you can really fall in love with fika, the Swedish art of afternoon coffee. A still affordable Michelin-starred option is Restaurant Volt, with its seasonal ingredients and boutique wines.

Bars and restaurants tend to transform into dance clubs midway through the night. For alternative nightlife, head of course to Södermalm, where you can enjoy indie music and undiscovered bands well until morning. Pet Sounds Bar’s basement is famous for obscure names, and Morfar Gingko exudes an industrial-chic flavor. Snotty Sounds Bar is all retro-loving with ’70s decor and nostalgic indie posters. Debaser is a live music venue where you can dance every night of the week and munch on American or Mexican fare. If you just want to cozy up in some low-key vibe, grab a seat at friendly Glada Stinsen, a Södermalm staple for 30 years.

If you want to mingle with the self-styled Stockholm elite however, head over to Ostermalm where posh lounge bars and clubs abound, like WKND. You will most likely need to get on the guestlist though to make it past security.

During summer ignore all the above and head to Tradgarden, a sprawling complex of bars, dancefloors and food trucks that is great for mingling (by Swedish standards at least).

Budget carriers Norwegian and Easyjet both fly into Arlanda, whereas Ryanair flies into nearby Västeras and Skavsta Airports. Commuting into the city is relatively simple, with bus, coaches and bullet trains taking you straight downtown. Otherwise you might choose to opt for a private airport transport to save a bit of time on your weekend away – Book Taxi Stockholm is a reputable firm.

Travelling further? T-Centralen connects the city with Copenhagen and Oslo, and the port of Stockholm runs ferries that link Helsinki, Riga and Tallinn year-round.

Stockholm’s The Local is the go-to guide to events and on-the-ground news in the city. For travel articles, Visit Stockholm and View Stockholm provide excellent overviews for the weekend traveler. Slow Travel Stockholm gives some of the best and most in-depth perspectives (such as where to find yoga classes and bakeries).

Get into the literary scene with the Stieg Larsson’s international bestseller The Girl with the Dragon Tattoo, which took place in Södermalm. Astrid Lindgren, Sweden’s most famous literary export, set her book Karlsson on the Roof in Norrmalm. Sweden does love its dark crime novels, so head to the bookshop to pick up a new Arne Dahl, Jens Lapidus, or Henning Mankell. The ABBA Guide to Stockholm is a fun alternative to your average guide book. It takes you on a journey in the band’s famous footsteps — to ABBA the Museum, Skansen, and locations where ABBA – The Movie was filmed including where that one park bench photo was taken.

Naturally, the Millennium Trilogy was shot in Södermalm, whereas the cult classic Let the Right One In was staged in Blackeberg, a suburb of Stockholm. The last scene in the British-American sci-fi film Sunshine was filmed at a May Day memorial in Stockholm. Finally the nostalgic comedy/drama Together charts the life of idealistic commune dwellers in the 1970s, and is probably Lukas Moodysson’s best film. 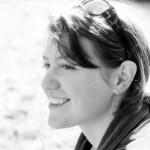 Wailana Kalama is a travel writer from Hawaii currently based in Stockholm, Sweden. You can read more of her work at www.waikalama.com and follow her on twitter @whylana.