Change Your Point of View

Andrew Matthews prefers views to queues, and in this guest post he shares some of the less famous places to look out over some of the world’s greatest cities. Prepare to use the panorama function on your phone camera!

I love the Eiffel Tower. If I was given to wearing t-shirts declaring my passions I’d definitely own one with a dodgy pic of Paris’s most famous monument and a legend stating exactly where my heart lay on the city’s boulevards. Not only is the Eiffel Tower a magnificent feat of engineering, it’s where you can find possibly the world’s largest concentration of overpriced key rings and, most important of all for me, it’s a giant, metal pylon of tourist flypaper.

Stroll along the Quai Branly any old time and there they are in their thousands scampering all over Eiffel’s masterpiece, taking ground level ‘selfies’ (the Eiffel Tower growing out of your head just doesn’t get any less funny), buying up key-rings like Bedlam gatekeepers or standing for hours on end just waiting and waiting and waiting.

That suits me fine, while others are wasting hours of their lives in a queue for a view I prefer to take my pleasures elsewhere. You won’t find me sweltering in line for a trek to the top of Barcelona’s Sagrada Familia. I’m not the person you’ll meet in the skinny, squashed crush that’s Edinburgh’s Scott Monument. Don’t wait up for me in the Statue of Liberty’s hat. I love them all just as much as I love the Eiffel Tower, but mainly because they keep people away from other places where the views are better, the air clearer and the crowds much, much thinner.

Here are a few of my favourite places to get a bit of perspective on some cities where the big crowd pleasers aren’t the only places with a point of view. 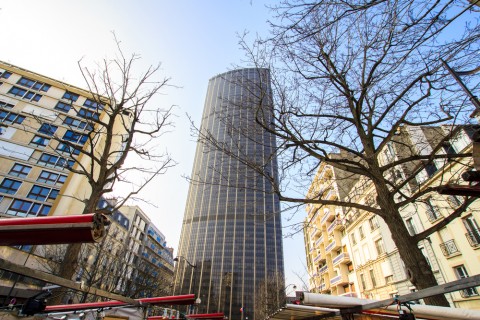 It’s ugly, let’s get that out of the way right from the start. Le Tour Montparnasse is possibly the ugliest building you are ever likely to lay eyes on: big, reflective and sore thumb stand-out (no amount of careful landscaping is going to disguise this monster). But in Paris everything is so unrelentingly pretty, ‘ugly’ is almost a relief. Le Tour Montparnasse is also the city’s tallest building so from its observation deck you have the best 360° view of Paris, you can see everything including the Eiffel Tower and – best of all – you can’t see Le Tour Montparnasse.

Not known as ‘The Dear, Green Place’ for nothing, Glasgow has more than its fair share of parks. One of the most famous and best loved is Queen’s Park on the city’s South Side. A huge, beautifully laid out Victorian park with thoughtful play areas, stunning glasshouses, walks and running trails (it’s a favourite for marathon training) Queen’s Park is just 15 minutes from the centre of Glasgow. It’s also where you’ll find the city’s ‘Official Highest Point’, clearly signposted and marked by a flagpole, it’s 360° of Scotland’s largest city completely free of charge and crowds. 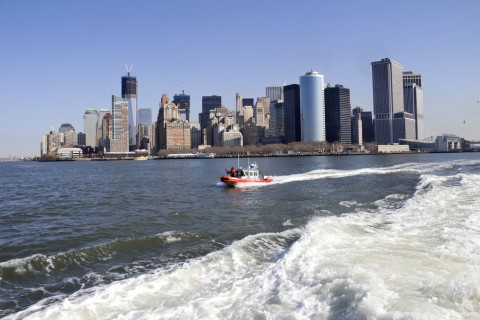 I don’t want to look down on New York. I want the view of Woody Allen’s ‘Manhattan’. I want to see Ellis Island where Vito Corleone took the name of his Sicilian hometown and sealed his fate in ‘Godfather II’. I want to look at The Empire State Building and imagine star-crossed Cary Grant and Deborah Kerr in ‘An Affair to Remember’. Keep your towers and skyscrapers and give me the Staten Island Ferry any day. It’s free, runs 24/7 and is 25 minutes of the world’s most iconic skyline plus The Statue of Liberty and Ellis Island – you can go back and forward all day and all night if you want, you won’t be the first.

Two of my favourite city views can also be very touristy, but it’s all about timing. These are just too good to miss so you have to know when to go. 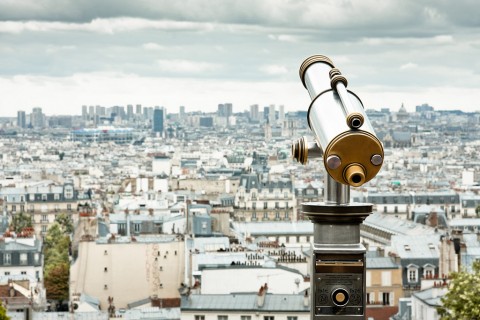 Round the middle of December about 4 o’clock in the afternoon climb the winding staircase to the roof of the Basilica de Sacré Coeur in the heart of Montmartre. Because it’s more to do with where the Sacré Coeur is built rather than its sheer height, this is one of the city’s best and most lyrical views, the roof itself is an intriguing, complicated landscape. On a December afternoon it’s quiet and you can watch the lights come on across the city and look down into little ‘Christmas Village Pretty’ Montmartre. 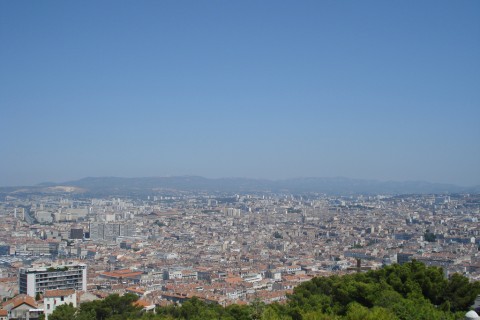 What can I say? This is the top of the heap as far as Marseilles goes. Possibly one of the city’s (if not the South of France’s) most iconic monuments, nowhere shows Marseille off like Notre Dame de la Garde. Get up early and walk before everyone else. Marseilles is an amazing morning city. If you’ve been playing all night or you’re up smartish for the fish market this is the time to hike to Notre Dame and see the bay, the hills and the cityscape almost all by yourself. You can have breakfast in the rising sun on the way back down the hill. 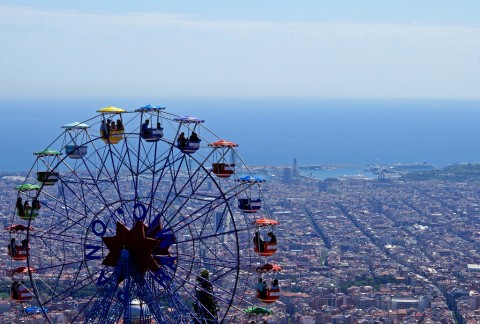 In my opinion, the best view of Barcelona is from the hills of Tibidabo. There’s an outstandingly eccentric Fun Fair way up there and its roller coaster gives the strong of stomach a panorama of one of the world’s greatest cities (you don’t have to do the ride to get the view). 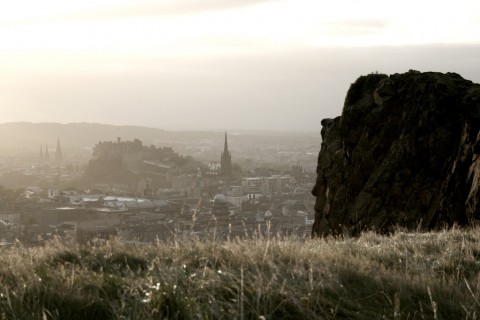 This great saddle of a hill rising above Edinburgh is the place to blow away all the myth and nonsense about Edinburgh. On the ground it’s one of the most self-assured cities I’ve ever visited: elegant street plans, well-mannered buildings and smart people. But up on Arthur’s Seat after a good long walk you get a different perspective: a lot broader and much more interesting. 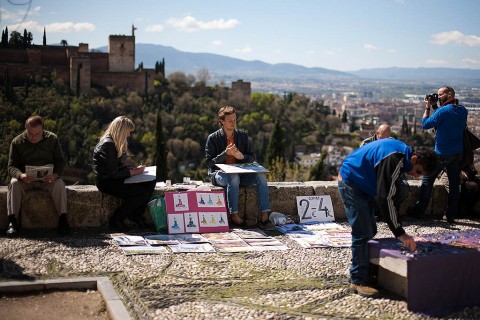 For impromptu Flamenco guitar and a stunning view of The Alhambra, the mountains and the sprawl of Granada itself, climb up to Mirador de San Nicolas above the city’s historic Albayzin quarter. 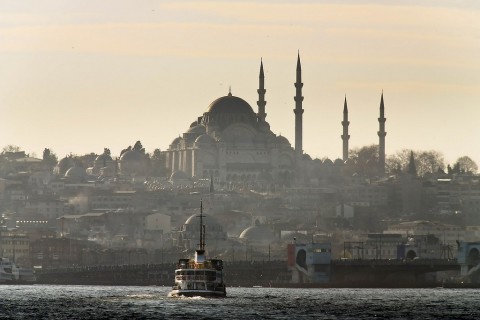 Another city that’s best seen from the water (this time the Bosphorus) is Istanbul. I’m going to go out on a limb here and advise you to catch one of the busy passenger ferries that run day and night because they are without a doubt the finest way to do justice to Istanbul’s astonishing skyline.

So there you have it. Nine places that almost certainly guarantee you a quiet moment to get your bearings and catch your breath – wasn’t that the whole point of a great view in the first place?

This post was written for Urban Travel Blog by Andrew Matthews, resident travel pundit for holiday rental experts HouseTrip.com. For more words of wisdom from Andrew check out his post on fantastic free travel experiences around the globe. 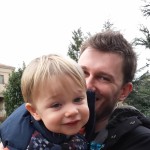