The Best Hikes around Barcelona

Introducing the best walking trails around the Catalan capital. The following blog post was written by AB Apartment Barcelona, a local apartment rental agency with over 1,000 short and long term apartments to rent across the city.

Barcelona is a thriving European metropolis with an abundance of things on offer. However, one of the city’s best kept secrets is rather overlooked; its walking routes. Barcelona is situated in the breathtaking region of Catalunya (Catalonia), which boasts of some of the most diverse landscapes in all of Spain. There are few other places where you can go skiing or surfing in the same day. You don’t have to head far to sample some of the region’s natural beauty either. If you’re keen to venture beyond the city limits then let us ‘walk’ you through our guide to some of the best hiking trails around Barcelona.

For the less intrepid, Montjuïc is an excellent option for an easy hike. Both in terms of accessibility and transport, right next to the city centre this iconic hill feels worlds apart from the busy streets below. As you ascend up its winding roads you will come across an array of beautiful gardens which lushly cover the famous site. Whether it’s the Greek garden, Olympic stadium or the castle of Montjuïc itself there’s tons to see! The most scenic route begins in the Jardines del Teatre Grec in Poble-Sec. Follow the footpath up the Laribel Stairs to the Miró Foundation. Carry on along the Carrer Doctor i Font Quer and find the amazing views over the city.

Not for the faint hearted. This magic mountain of Catalunya not only is a sight of huge religious importance but is also one of the most spectacular land formations in Spain. Montserrat, literally means serrated mountain, a description that derives from the limestone columns which define its unique shape. The mountain is also home to the famous monastery which marks the start of this breathtaking hike of Sant Jeroni. The trail leaves the Abbey and the tourists behind for amazing panoramic and mountain scenery. It must noted that the climb isn’t easy and for some might be quite challenging. That said, the views across Catalunya towards the Pyrenees make it all worth the while!
You can find more information about the walk and Montserrat here. 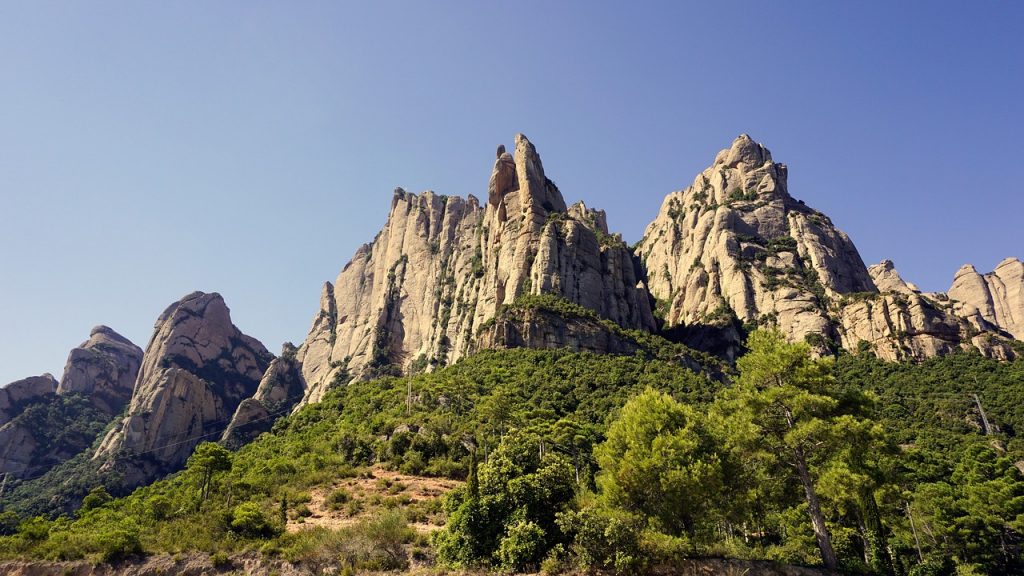 The Costa Brava is the jewel in the crown of the Catalan coastline. Stretching right the way to up the French border, this is where the Pyrenees meet the Mediterranean. Famous for its hidden coves, towering cliffs and untouched fishing villages the Costa Brava is a must-see for the avid walker. Considered the most spectacular part of this coastline, the Camins de Ronda path takes you up the coast from Begur to Calella de Palafrugell. Here there are routes for all levels of experience with different paths and levels of difficulty. As expected on this coastal route you also might just come across some beautiful beaches to stop off at along the way. 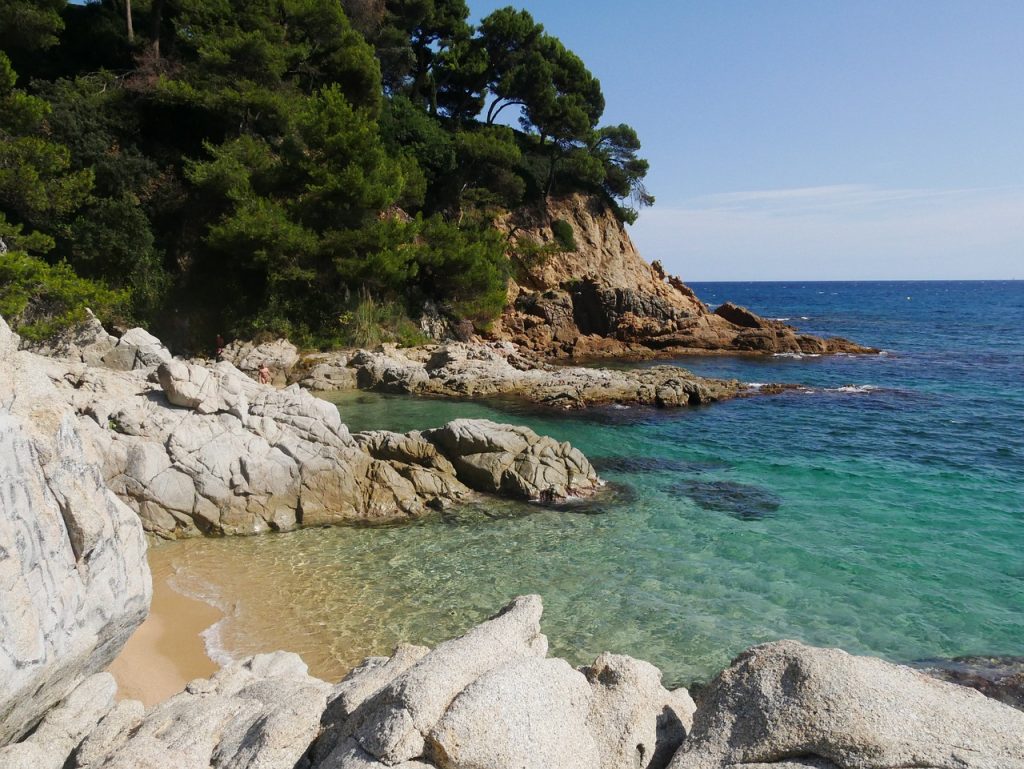 If you like a challenge, the tallest mountain in Barcelona might be just what you’re looking for from a hike. It is probably one of the most difficult climbs in our guide but also one of the most rewarding, with spectacular views of the city below on offer. The mountain is steep and rocky so make sure you have appropriate footwear before attempting this climb. One of the most scenic ways to reach the top of the enigmatic mountains is through the charming neighbourhood of Gràcia, following Avinguda de Vallvidrera and Carrer de Santpedor which will lead you to the sign-posted trail. 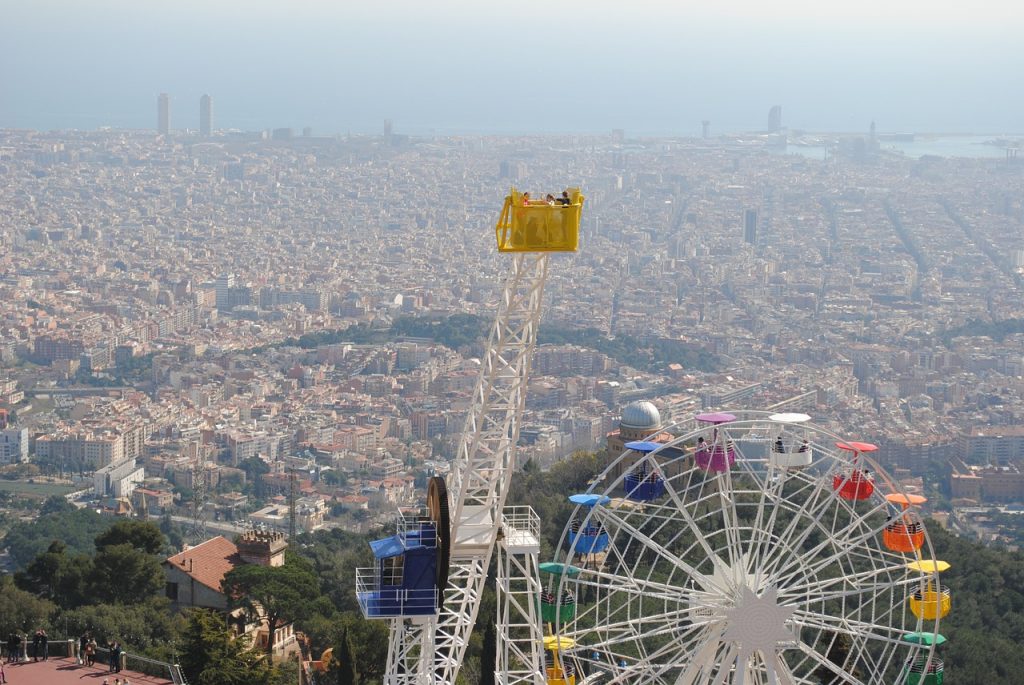 This site was once home to wartime bunkers used during the Spanish civil war which have since been left abandoned. Today this scenic hill is famous for its incredible views across the city. Once a local secret, the Bunkers are now a must-see and can be easily reached. You could walk there from the city centre but for those of you who prefer to take things a little easier, you can also catch the metro to either Guinardó i Hospital de Sant Pau or Alfons x which are both just a stone’s throw away by foot. Follow Carrer de los Castillejos from Alfons x and ascend the steep hill up to the view point or follow Ronda de Guinardó and Carrer de los Castillejos from Guinardó i Hospital de Sant Pau.

This incredible mountain path crosses the spine of the Collserola mountain range. Follow this route and you will see everything the beautiful national park has to offer. Whilst it’s 22 times the size of New York’s Central Park, you couldn’t feel further from centre of Barcelona up here. The paths again offer different gradients and difficulty levels. If you really want to challenge yourself however there are running tours available to really raise your heart rate. But, if you’re just after amazing views of the city then you can head up to Carretera de les Aigües by car or public transportation for an easier walk. You can find more information about the walk and the Collserola national park here. 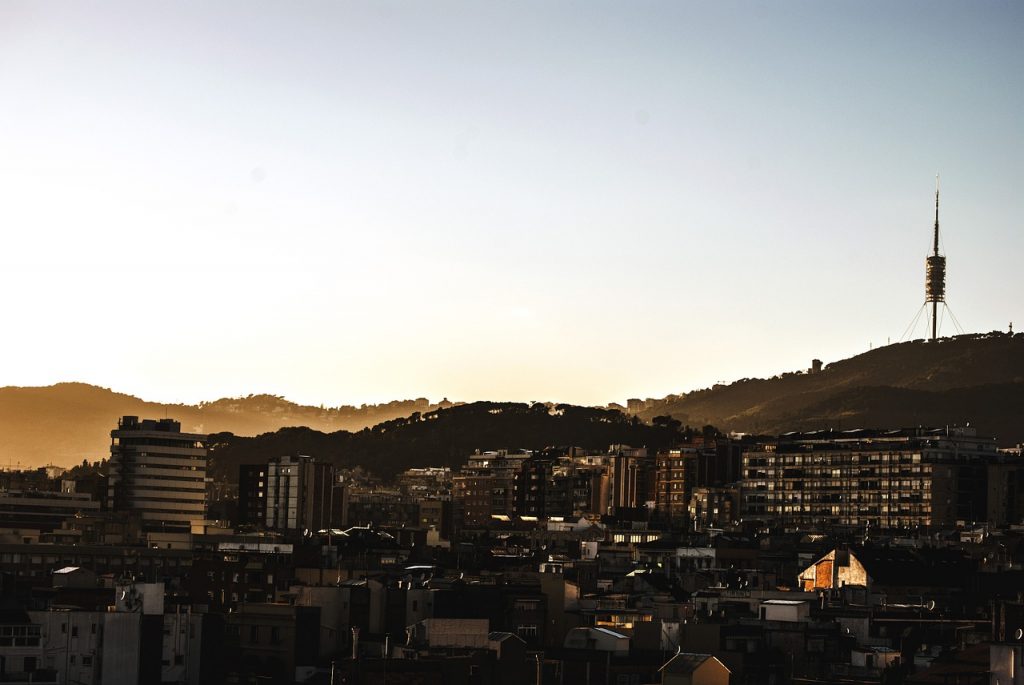 The Besòs River and Seafront

If you favour a walk on flatter terrain rather than climbing one of Catalunya’s many mountains then the banks of the Besòs River might be just what you’re looking for. Originating in the Collserola Mountain range, the Besòs River winds its way though the city into the Mediterranean. Its banks have been transformed into inviting green spaces perfect for walking and cycling alongside the water and its open access makes the walk popular with families and fitness fanatics alike.

At a whopping 1712m above sea level Montseny is one of the most prominent mountains in Catalunya. What’s more, just 60km from Barcelona, it’s easily accessed by car from the city. The area is famous for its beautiful beech forest which is especially beautiful during autumn. Begin your hike at Santa Fe Montseny, circle the reservoir and begin the steep ascent up the mountain through its unspoilt woodland. Note: this is a very difficult and very high hike, so think twice about tackling this peak if you’re not in good health!

Of course, if you have a little longer to spare, either on a weekend break from Barcelona, or a full week or so, you can head north to the Pyrenees, the mountain range that separates France from Spain. Reaching a height of 3,404 metres above sea level at Aneto peak, the sierra extends all the way from the Bay of Biscay in the Basque Country to the Mediterranean Sea in Girona province, above Barcelona. An area of breathtaking beauty, the Pyrenees have over 300 lakes and an abundance of wildlife to see, as well as many picturesque villages, castles and monasteries. Check out Purely Pyrenees’ website about hiking in the Pyrenees for more information and holiday options.

So, now you’ve been briefed, get your hiking boots ready. It’s time to explore the scenic side of Catalunya.

AB Apartment Barcelona isn’t your typical rental agency. They’re more than just an accommodation provider, offering the ultimate Barcelona experience with comfort as a main priority. Their multilingual customer service and concierge team will take care of everything you need from the moment you set foot in Barcelona right until you leave, and their office is open 24 hours a day, 7 days a week, 365 days a year. With over 1,000 apartments across the city, from studios to luxury apartments in the centre of town or on the beach, AB Apartment Barcelona has something for everyone. Browse their apartments at www.apartmentbarcelona.com.

One thought on “The Best Hikes around Barcelona”