A mix of Australia’s natural and cultural wonders feature on UNESCO’s celebrated list… in this guest post we run down five of the very best from the land down under.

Australia is home to a wide variety of historical sites that are added to the travel itinerary of tourists each year, but some of the most fascinating regions are actually also included amongst the UNESCO World-Heritage site list. Many of Australia’s most important regions, islands, buildings and natural environments have been named as UNESCO-designated spots over the years, and this list is likely to grow over time. If you’re looking to add some historical context to your next Aussie holiday, read on for five of the best heritage locations around the country.

If you’re a nature-lover looking to visit a UNESCO site that has it all, read up on the Blue Mountains outside Sydney. You can visit on a day trip or you can stay at this hotel or search for other hotels in the Blue Mountain area on this site if you want to stay longer and explore peaceful hiking trails, picturesque views and quaint towns. The greater Blue Mountains area covers around 1 million hectares of land that consists of sandstone plateaux, escarpments and gorges that are filled with eucalypt forests. The UNESCO-listed site is comprised of eight protected areas and was added to the list primarily due to the diversity and history of the 91 different eucalypt species that occur in the area, as well as the ecological diversity of the region, which has more than 400 kinds of animals many of which are threatened or rare species. Visitors to the region have the chance to see species such as the koala, the spotted-tailed quoll and the yellow-bellied glider. This World Heritage Site is located in New South Wales, a short drive from capital city Sydney and is one of the most popular tourism destinations in the country. 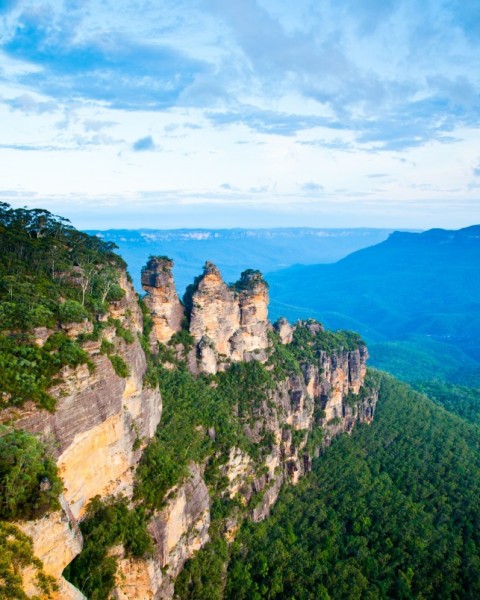 The Lord Howe Island Group, located off the coastline of Australia in northern New South Wales, was inscribed a World Heritage-site by UNESCO in 1982. A place of pristine forests, crystal-clear waters, sandy beaches and the southernmost coral reef in the world, the island group has volcanic exposures not known elsewhere. The islands in this area are home to a vast array of bird and marine life, including many rare and endangered species, some endemic to the region. The Lord Howe Island Group is the home of the flightless Lord Howe Wooden (once regarded as one of the rarest birds on the planet), and the Lord Howe Island Phasmid, the largest stick insect in the world.

New South Wales also features an iconic, architectural masterpiece: the Sydney Opera House. Added to the UNESCO list in 2007, the Opera House took 16 years to build (at 10 times the estimated cost) and was inaugurated by Queen Elizabeth II in 1973. The performing arts centre was designed by Danish architect Jorn Utzon and included on the UNESCO list due to its status as a world-famous iconic building, a great architectural work of the 20th century (that had a significant influence on emergent architecture), a representation of multiple strands of creativity in both form and structural design and an urban sculpture cleverly positioned in a peninsula position on Sydney Harbour. The Opera House demonstrates exceptional engineering and technological innovations and is comprised of three groups of “shells” — interlocking vaulted structures — that house two major performance halls, a restaurant, function centres and vast terrace space. 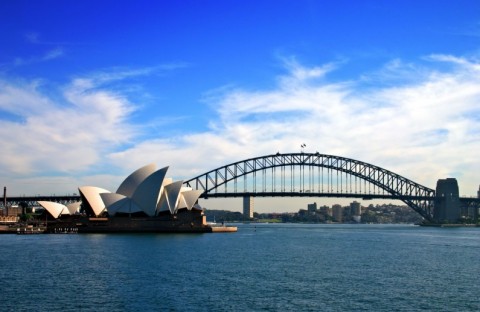 An addition to making the World Heritage list in 1991, Shark Bay sits at the most westerly point of the Australia continent, on the Indian Ocean coast. Although the name Shark Bay conjures up images of a reasonably small sheltered area, the waters, islands and peninsulas that make up the site actually cover 2.2 million hectares. Shark Bay was considered a significant site due to three of its exceptional natural features — its massive sea-grass beds that are the richest and largest in the world, its dugong population and its stromatolites — colonies of algae that are among the oldest forms of life on Earth.

Those looking to visit a World Heritage-listed site in Melbourne, Victoria, can head to the Royal Exhibition Building and its surrounding Carlton Gardens. Added to UNESCO’s list in 2004, the iconic buildings and grounds were designed in the 19th century for the International Exhibitions held in Melbourne. The building’s design features a combination of elements from the Byzantine, Romanesque, Lombardic and Italian Renaissance eras and it, and the surrounding gardens, remain as a reminder of the global influence of the International Exhibition movement and the technological innovations that resulted from the world-wide exchange of ideas and knowledge.