Win A Weekend For Two in Madrid

The Editor reminisces on a seminal visit to Madrid, plus introduces a fantastic chance to win a weekend for two in the scintillating Spanish capital. Post patroned by the Madrid Tourist Board.

I’ve been to Madrid twice now, but it’s the second visit that stands out. Having secured my first ever serious freelance travel assignment I boarded my budget flight to the Spanish capital nervous about the evening ahead. I was supposed to be reviewing the epic Madrid nightlife scene and my angle was I was going to go and party with the locals themselves. I wanted to see if I, an already ageing party-goer, could keep up with Los Gatos (The Cats) that famously return home at dawn – at the earliest. I wanted to report back on just how these people party, when most folk from my native land are already on their way to bed by 11pm. 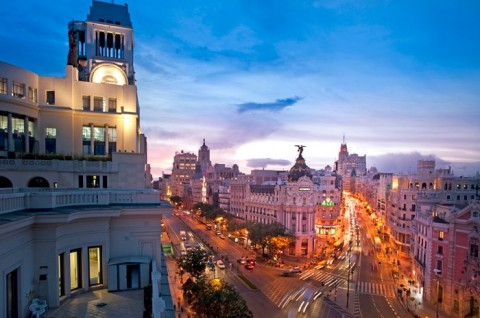 The night started when I met the professional photographer assigned to shoot the article, and his friends, who were to be my drinking companions for the night. They were a convivial bunch of 20-something creative types who laughed when I tried to stiffly shake the hands of the girls (it’s kisses in Madrid, even for first time acquaintances) and who revelled in teaching me all about the heady Madrileño lifestyle, whilst at the same time explaining the traditional Spanish tapas that, like morcilla (blood pudding) and pimientos del Padron (one in five is spicy as hell), that were brought to our table. 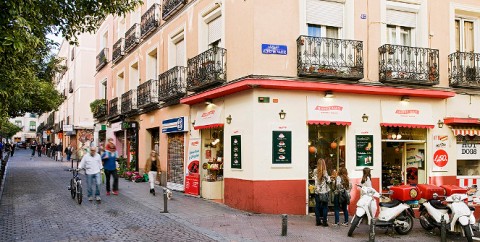 After dinner we did a pub crawl around a mix of hip neighbourhood joints, finishing at a swanky rooftop terrace overlooking the beautiful Plaza de Santa Ana, home of Madrid’s oldest theatre. It was already 3am by the time we were enjoying night views over the city, but no one was flagging… except me. At around 4am the group finally decided it was time to hit a nightclub and we found ourselves in a cramped sweatbox of a disco where a studenty, metrosexual crowd were going all out to indie pop.

The hightlight of the night was saved until last though… we, along with half of Madrid’s worn out toms and pussycat dolls, made our way to the Chocolateria San Gines, a venerable establishment dating back to 1894, where we breakfasted on delicious churros (sugared dough) dipped in chocolate. A time-honoured Madrileño tradition.

It was a fantastic nocturnal introduction to the Spanish capital as I could have wished for, and my trip wasn’t yet finished as I stayed on with friends in the city. With them as my guide, I went on to enjoy such legendary attractions at El Prado and sunbathing in the El Retiro park, as well as checking out the edgier Malasaña district. Without doubt it was a place that captured my imagination. 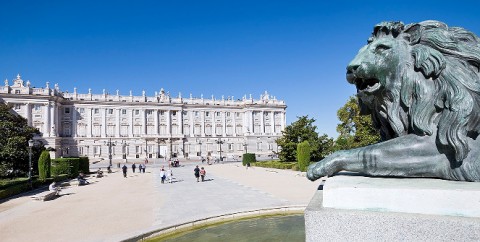 So, amigos, do yourselves a favour and check out this video link, which will take you to the official Madrid Tourism site, where you can win a trip for two to this magical city. The holiday includes two nights with breakfast at one of the NH Collection of hotels, two Madrid Cards to enjoy the city to the full, and two CityTour tickets for getting around. Suerte!