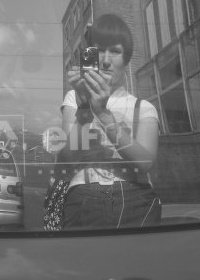 A woman of many talents, Magda decided to waste most of them in order to dress up life-size dolls in England (…herself included). After moving across Poland she found her haven in East London where she tries to recreate her own private Sex and the City fantasy – and most often ends up just living the drinking and shopping part. When she’s not dressing up, chasing Mr. Bigs or drinking, she grabs her Nikon and captures her own view of her adopted city.