A walk through Angkor Wat has proved the highlight of many a traveller’s Asian sojourns. If, like the editor of this blog, you dropped your 35mm film in a puddle, here is Christopher Weigl with his own photographic take on complex.

Most well-known for the immense Angkor Wat, the Angkor region of Cambodia is dotted with over a thousand ancient temples. Once the seat of the Khmer Empire, it was recently determined that Angkor was the largest pre-industrial city in the world. Temples are the only visible remains from that 9th-15th century empire. These magnificent structures attract a huge number of tourists for the country, with almost 2 million visitors each year. The nearby city of Siem Reap, the hub of northern Cambodia, is a short twenty-minute tuk-tuk ride from the entrance to the park. Some choose to bike their way around the park instead, which is generally a full-day affair if you want to see the popular sites.

While the largest are overrun with tourists at all hours, there are so many temples that it is easy to find a secluded spot to sit in wonderment. When we visited Ta Prohm (famous for the silk cotton trees that grow from its ruins) it had been raining all day and there were fewer people there. The overcast day and sounds of water dripping and flowing on and around the old stone and ancient trees gave the crumbling temple a fitting, introspective mood. The next morning I got up to visit the towering Angkor Wat at sunrise, only to discover that thousands of others had the same idea. A long row of little tuk-tuks carrying bleary-eyed tourists wound their way into the park for daybreak. The serene photo of sunrise you see here does not tell the story of the moment, for a crowd of hundreds stood just behind me taking similar photos. 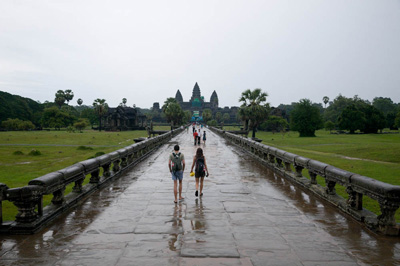 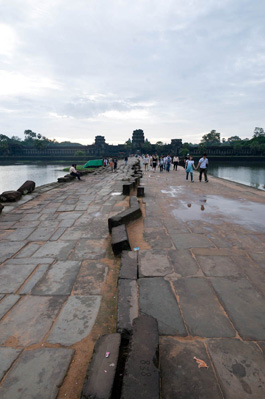 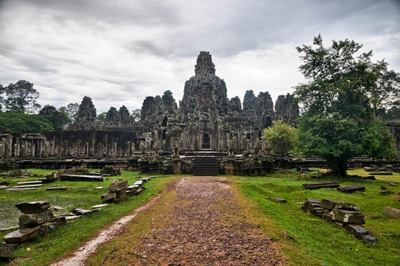 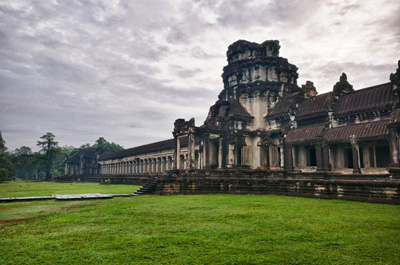 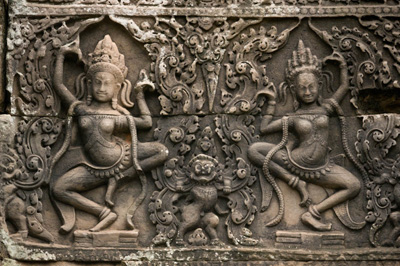 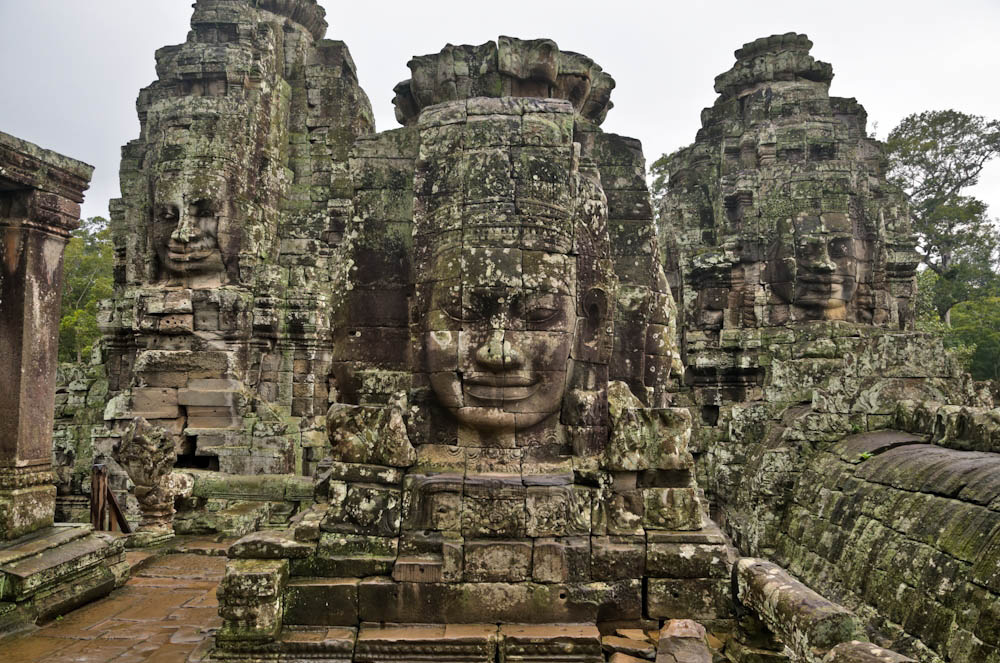 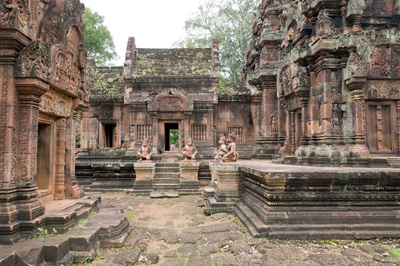 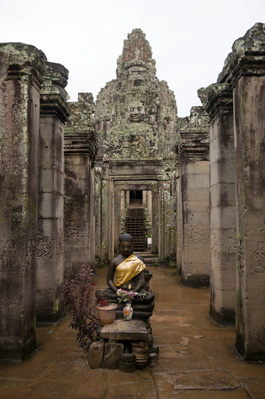 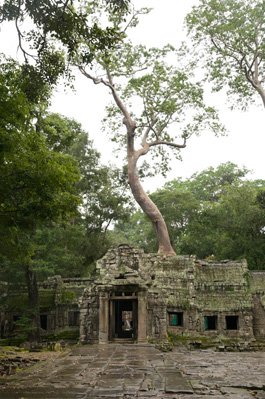 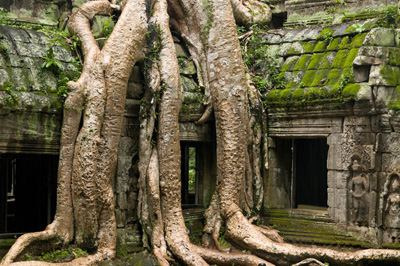 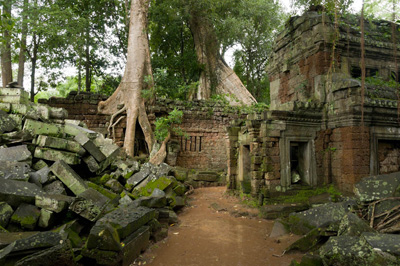 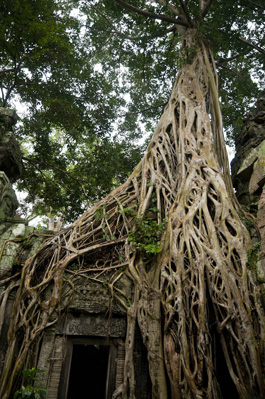 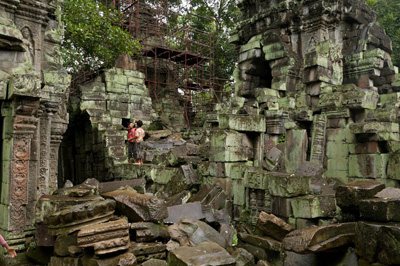 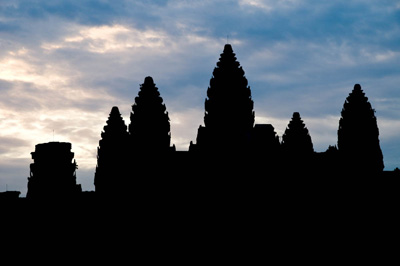 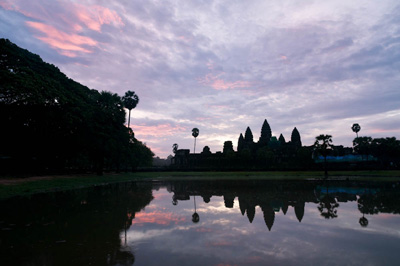