Take a walk through the colourful streets of Fez’s world famous medina through the lens of our roving photo-reporter Anna Spysz, whose Couchsurfing experience gives her a real insight into local life…

Designated a World Heritage site since 1981, the ramshackle and enchanting Medina of Fez (or Fes) charts its origins back to the 9th century soon after the founding of the city. Later, under the rule of the Marinids (13th–14th century), many of the Medina’s most impressive buildings were constructed and still remain intact today, forming a rich architectural museum of madrasahs, palaces, residences, mosques, hammams and fountains, all crammed together behind a fortified wall – and chaotically linked by a maze of narrow alleys.

Today Morocco‘s most famous Medina offers a curious glimpse of ancient customs sitting beside modern technologies and lifestyles. Thought to be the largest car-free urban zone in the world, in Fes al Bali (as it is known), you’ll not only see donkeys put to labour, leather tanners working in souks, and wizened locals rolling hashish cigarettes and drinking black coffee at the outdoor cafes, but you’ll also find Internet cafes full of Facebook-addicted users, modern-designed hookah bars selling avocado smoothies to well-dressed youngsters, and adverts for Coke Zero.

The heart and soul of the Fez Medina are the traditional riads (or ‘riyads’), town houses that open up into expansive inner worlds, often with luminous courtyards and gardens with orange trees. If you’re lucky enough to stay in one such place, you can get a real insight into every day Moroccan life, as Anna Spysz discovered:

“I learned upon arrival that a family flat meant 10 people in one apartment, including my host’s mother, brother, aunts, uncle and cousins. As cramped as that might sound by Western standards, they still had plenty of room to host not only me, but also a couchsurfing couple from the Czech Republic. The salon was the heart and centre of the home, where the family spent almost all of their time together, whether it was doing homework on a laptop, preparing vegetables for dinner, praying several times a day, eating together or just hanging out and chatting.”

Below Anna captures some of the colours and sights of Fes’ Medina. 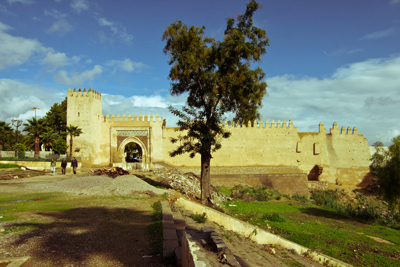 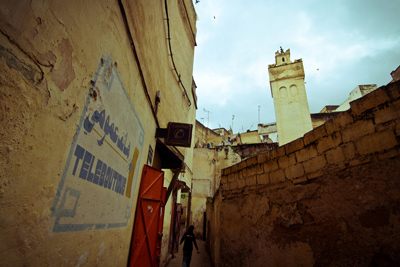 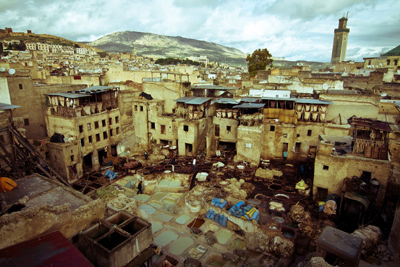 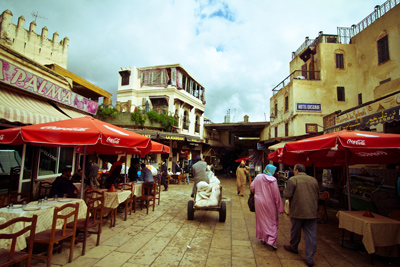 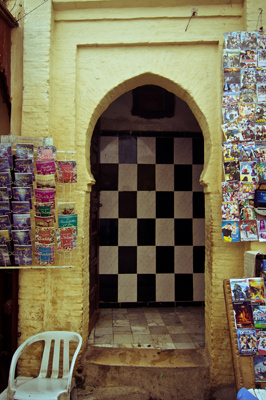 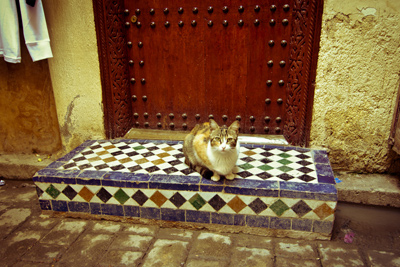 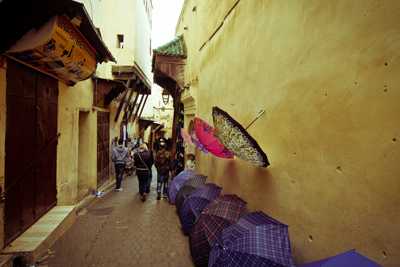 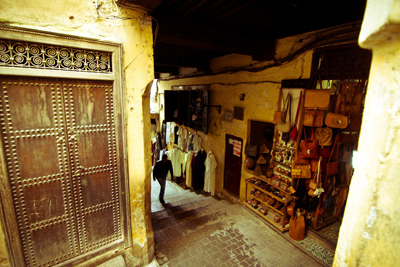 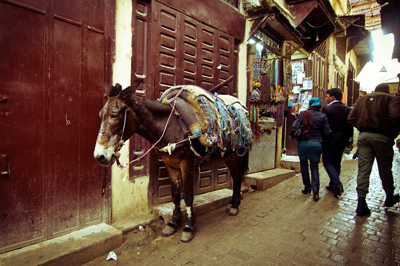 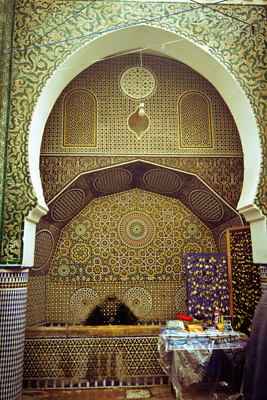 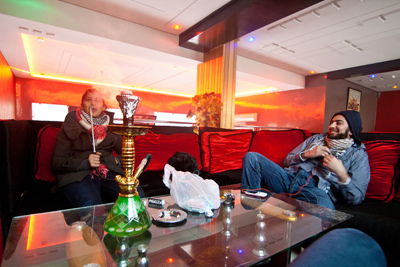 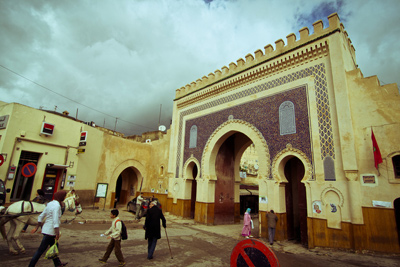 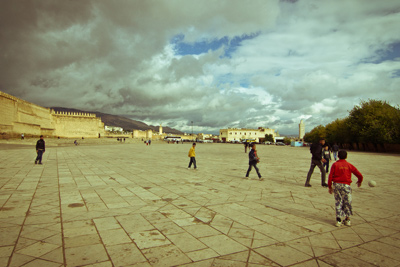 All photos by Anna Spyz except for the feature photo. For our latest Photo Stories head here.