Krakow’s trams are an integral part of the city’s infrastructure and aesthetic. These rumbling blue machines stretch out from the medieval Old Town, with its spires and steeples, to the outskirts of the city, where a mix of Communist and modern apartment blocks house the majority of the population, ferrying students, grannies and workers between the two. Keven Erickson captures the tram passengers, lost in thought, as they stare out from their mobile window on the world.

“I like the trams, there is something old, fragile, romantic and comfortable about them. In this city everyone uses them, even the pensioners. I often wonder where do they all have to go? What do they have to do? Some trams are so old that you have to climb a ladder to get into them, that is not easy for the elderly! As a photographer, I thought what do I do with this? I realized it’s the windows, a screen when you pass it, you can’t help but look at it. So I photographed it.” 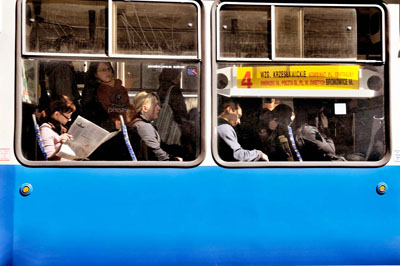 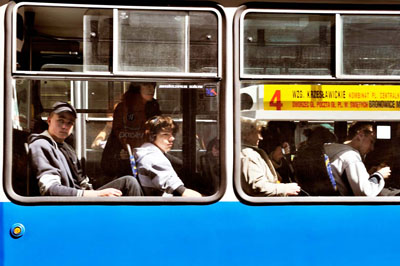 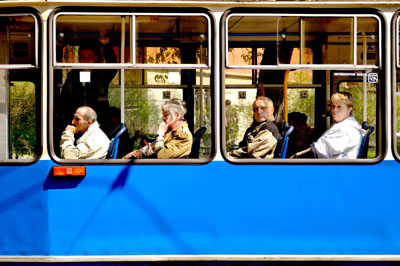 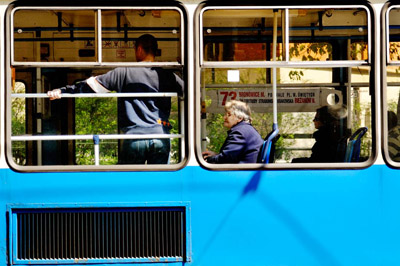 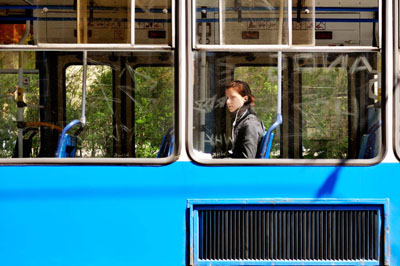 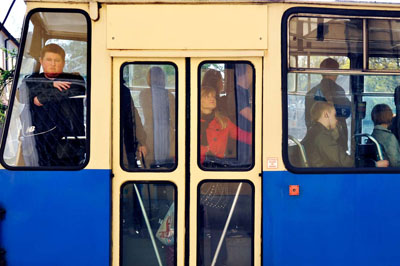 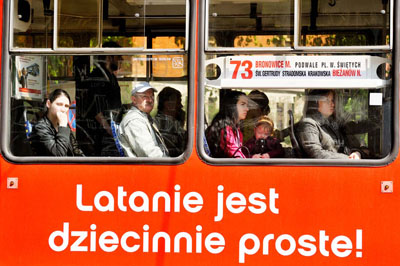 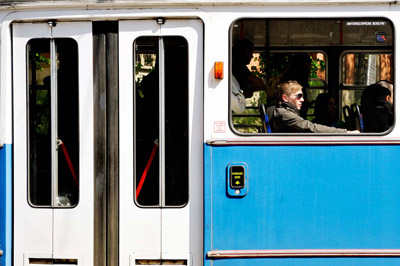 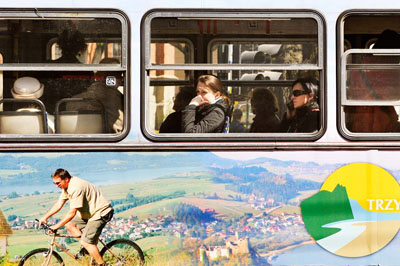 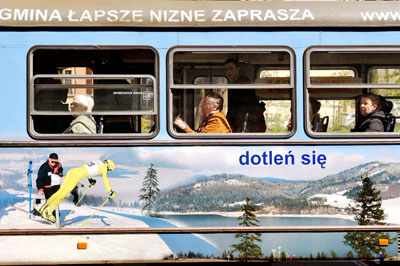 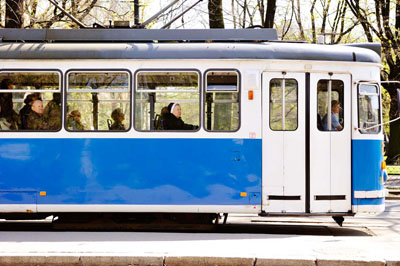 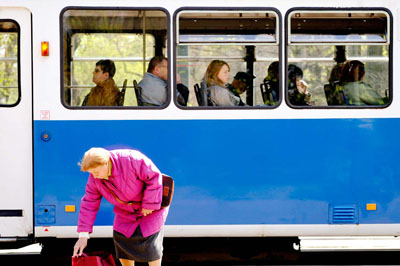 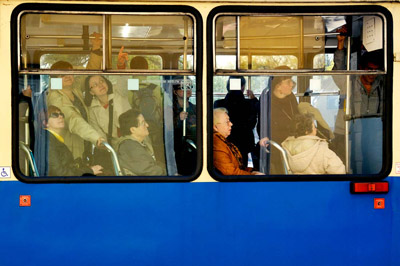