Anna Spysz risks frostbite to photograph, and talk to, Krakow’s swans during a particularly nippy weekend in Poland. Michael Dlugi shivers along for the ride.

Contrary to popular opinion, Poland is not located in Siberia. Sure, it gets cold here in the winter, but, as a rule, the rivers do not freeze over. Especially not the Wisła (Vistula), Poland’s mighty artery which runs from the Beskids to the Baltic. So when, during one especially frosty week, I heard that the Wisła had frozen, I did what any dedicated photographer would do: I piled on seven sweaters, wrapped myself up in the thickest blanket I had and stayed at home, glued to the heater. Luckily, when the temperature finally crept up to endurable levels on the following weekend, the river was still frozen, so I grabbed my camera and a good pair of gloves and set out to document the big freeze.

When I first arrived at the Wisła’s banks and saw all of the avian wildlife in front of me, I must admit that I had a Holden Caulfieldesque moment; I had never seen so many swans in my life, much less in one place. I mean, where do they all go when the river’s not frozen? Surely Krakow, the city of a million pigeons, cannot have been hiding an army of swans this whole time? And why don’t the swans occupy the other bodies of water in the city?

Naturally, I asked my new companions these questions, and only received blank looks and divided attentions as soon as some old babcias showed up with bread. Upon realizing I was speaking to birds, I decided that the cold must be getting to my head, so it was soon back to the heater for me. 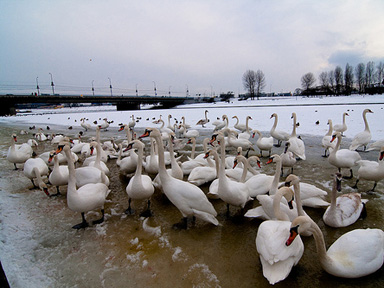 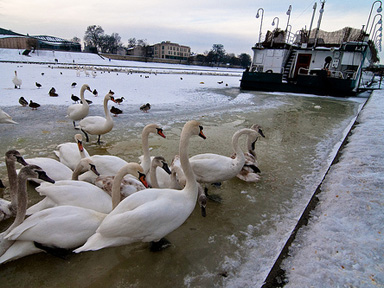 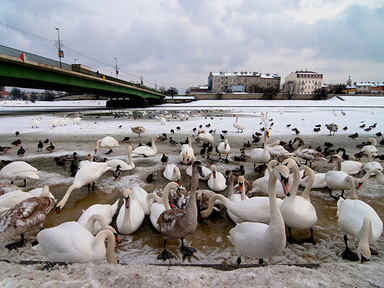 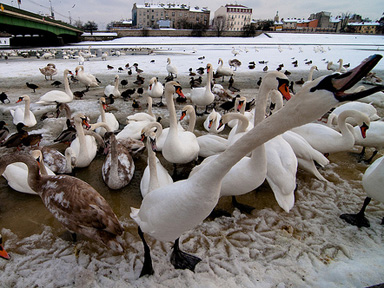 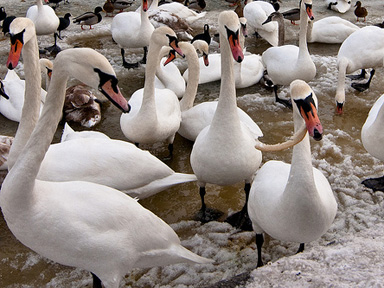 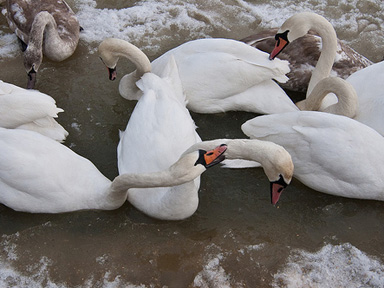 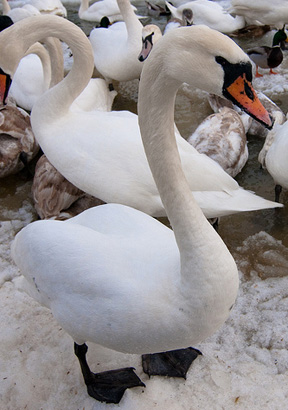 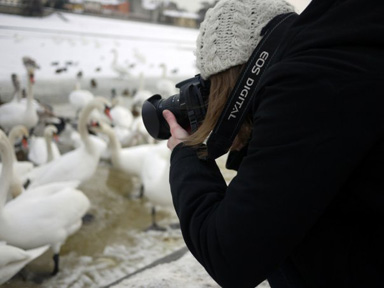 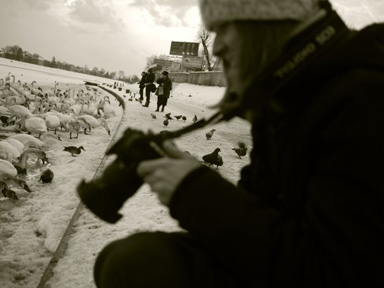 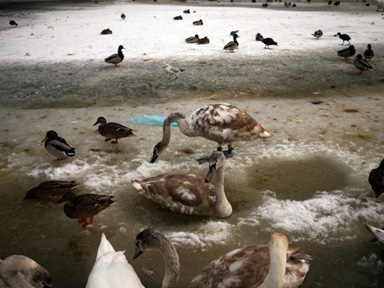 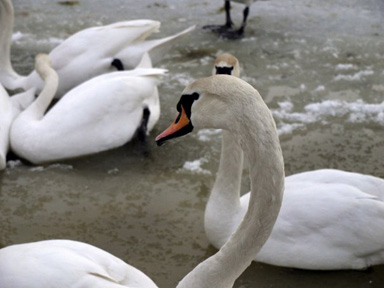 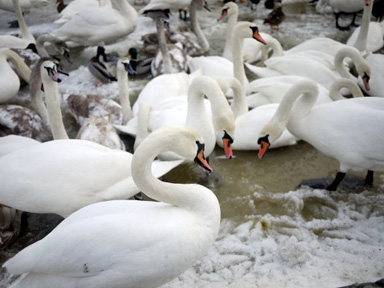