Photo Story: The Cemetery of Artists

Whilst taking a stroll in the French capital, the Editor stumbles upon the resting ground of some of France’s best artists. Apart from its weathered beauty, le Cimietiere de Montmartre proves a fine place for reflection…

Cemeteries and tourism don’t go together quite like hand and glove, but in Paris there are some well worth visiting… not least the expansive Pere Lachaise cemetery (as recommended in our Hipster’s Guide to Paris), famous as the final resting place of Frederic Chopin, Edith Piaf and Jim Morrisson. I didn’t make it out that far, but wandering down from the Basilica of the Sacre Coeur towards the Champs de Elysees one autumnal day I did find myself crossing over a graffiti-ridden iron bridge which literally grazed the tops of the tombstones of, what I discovered to be, le Cimetière de Montmartre. Naturally a curious travel blogger like me couldn’t resist taking a look.

A careful look at the sign near the entrance revealed that a whole host of cultural luminaries were buried here, in what I later learned has been dubbed “the cemetery of artists”, including Edgar Degas, Stendhal, Adolphe Sax (inventer of the saxophone), Juliusz Slowacki (a name familiar to me after my time in Poland) and the scientists Foucault and Ampere. Two names however stood out. That of Francois Truffaut, the legendary French new wave film director (I often pretend to be a connoisseur of his work at parties) and, drum roll please, no less than Alexander Dumas… pretty much my favourite author of all time. One teeny tiny word checked my excitement: ‘Fils’, which according to my GSCE level French means ‘son’. Still they wouldn’t bother mentioning the son of Alexander Dumas as buried here would they??? It turns out they would, and that Alexander Dumas Junior was a recognised author in his own right. A bit of fact checking later and I discovered that Alexander Dumas ‘Pere’ is interred at the Pantheon… no less than he deserves.

Despite only being able to pay homage to the lesser of the Dumas family, celebrity grave spotting turned out to be quite a lot of fun, and also gave me the chance to cast my eye over a fair swathe of this vast 11 hectare complex. Of course it was the rich, and not the famous, who were afforded the best mausoleums and many a wealthy, but now forgotten, aristocrat can at least rest in peace underneath their spacious and ostentatious sepulchres, enriched by stained glass and sculptures, and guarded by statuettes of angels and demons (or in one case owls, as with one of my favourite tombs that had shades of Dr. Who’s Tardis about it). Amongst the manifold mausoleums erected for the good and the great, were many more humble and unassuming gravestones, many mildewed and overgrown with roots and leaves. It was these everyday resting places that brought home the stark facts of life/death… in a blink of an eye we too will be under the ground, and most likely forgotten, so we best make the most of it while we can. 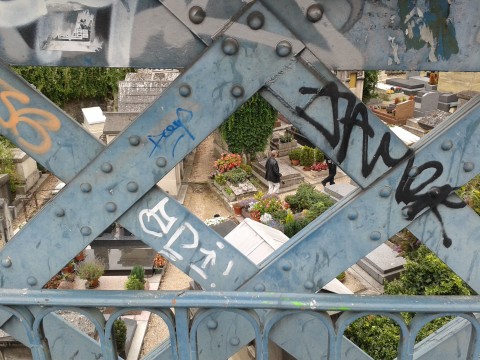 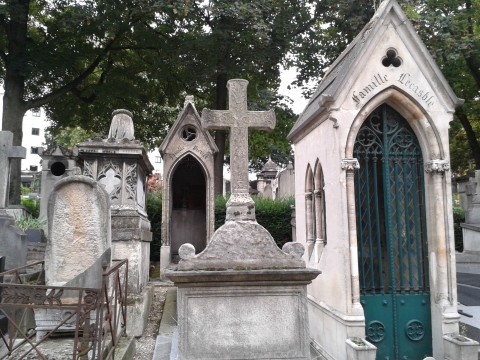 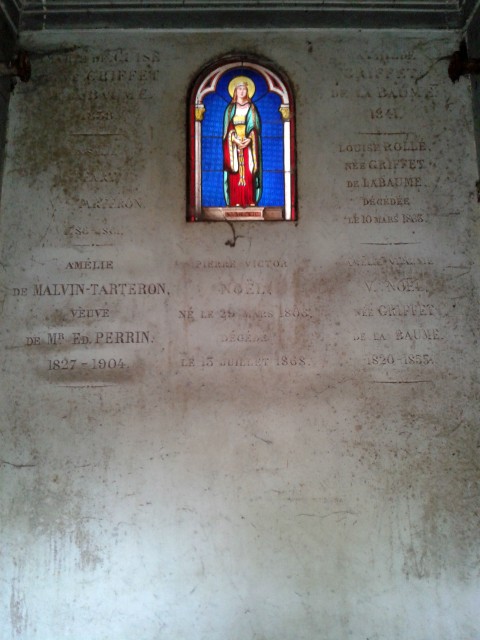 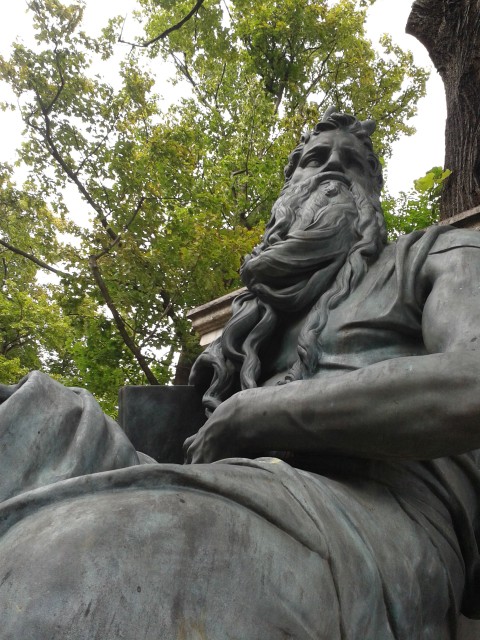 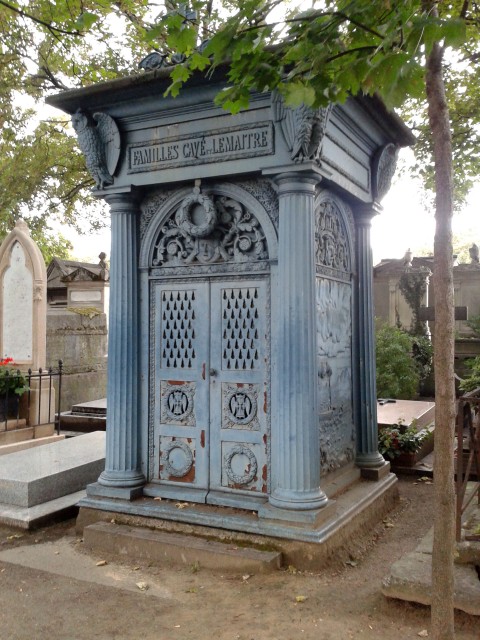 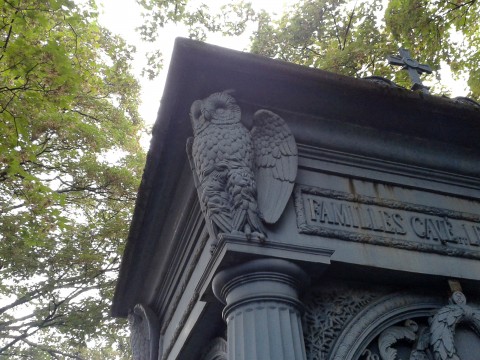 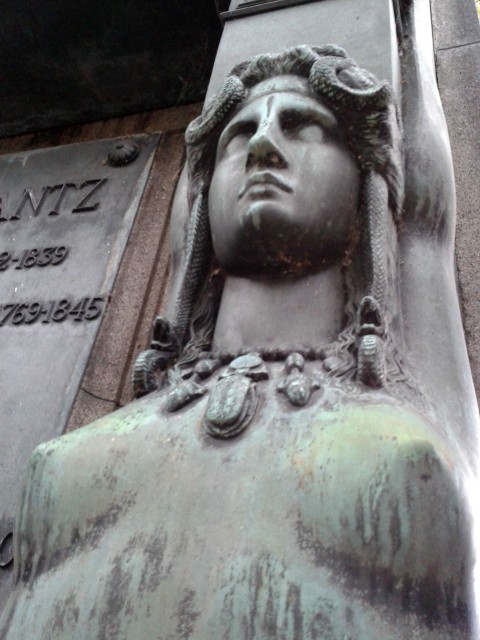 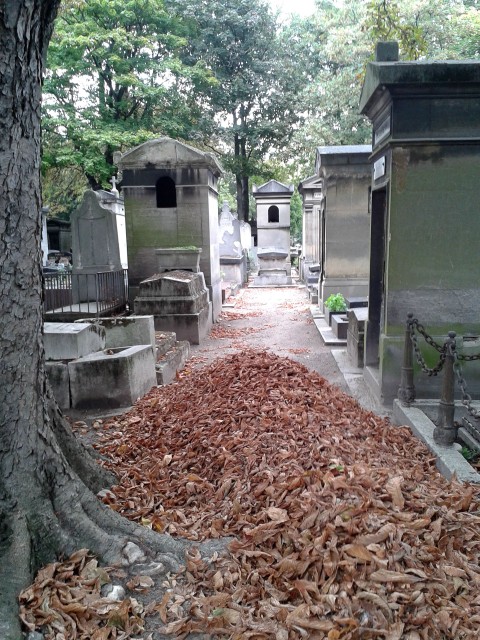 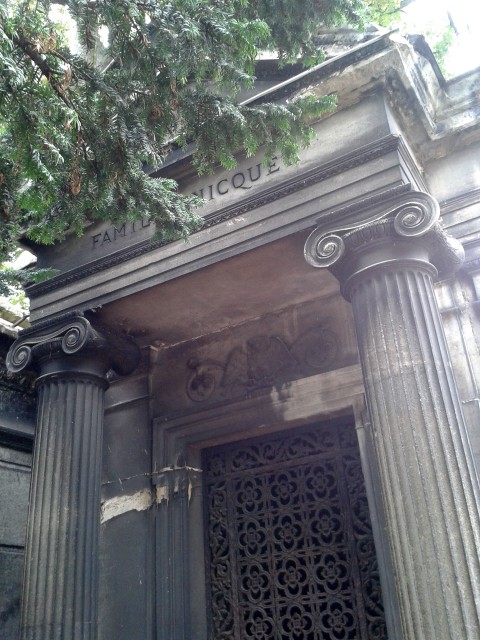 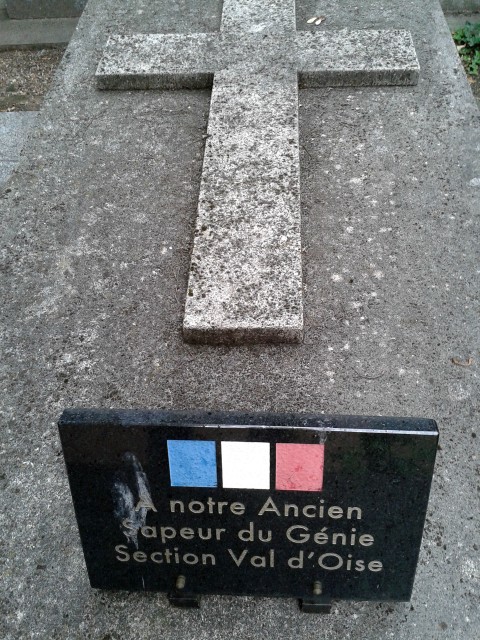 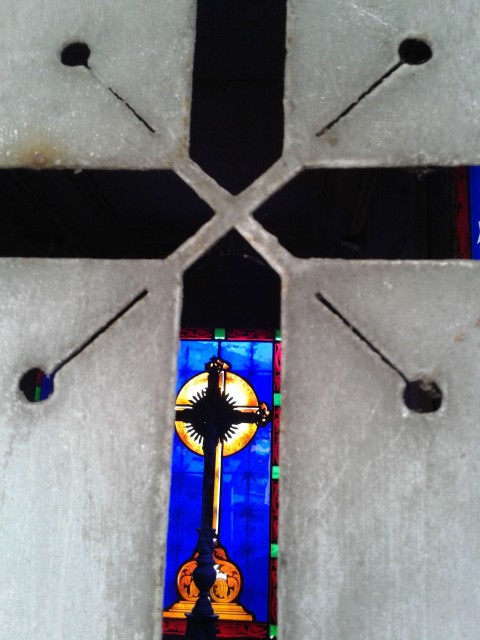 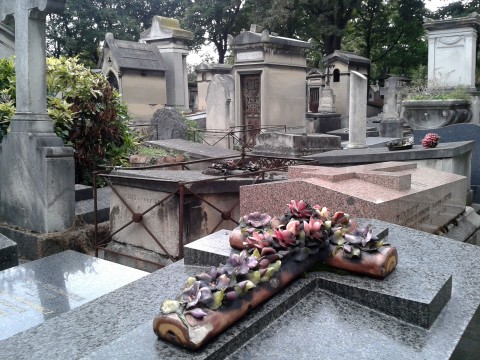 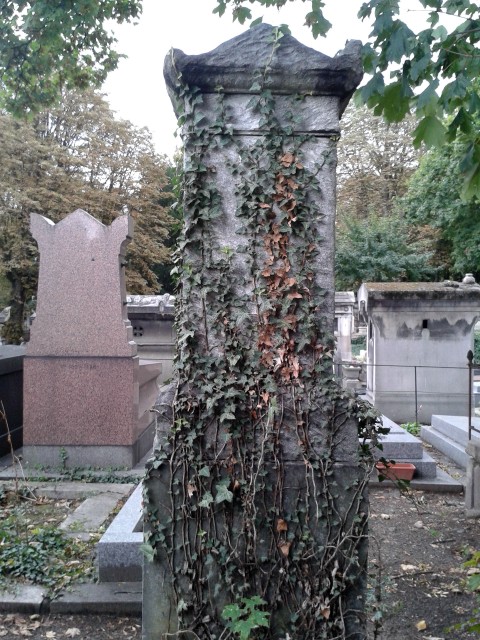 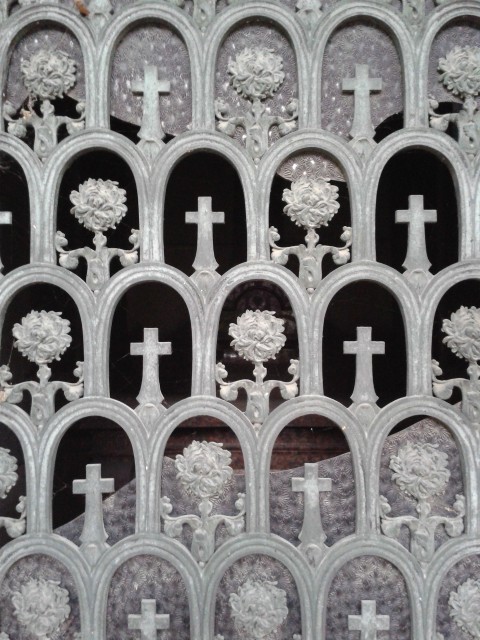 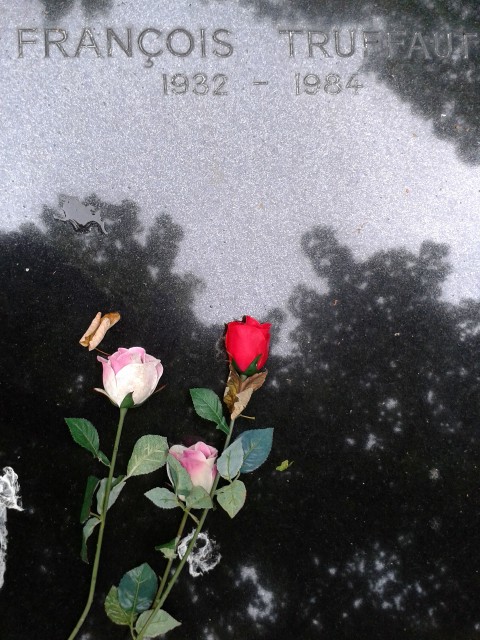 Duncan Rhodes travelled to Paris to celebrate the opening of St. Christopher’s spanking new Gare du Nord hostel. You can read about the party went, along with what else he did in Paris in his editorial update. In the meantime, if you’re making your way over to the City of Light don’t forget to check the rates of the dorms (with the latest pod beds) and private rooms (with ensuite facilities) of both St. Christopher’s Paris venues for central and economic sleeping options.

One thought on “Photo Story: The Cemetery of Artists”