If it’s edible and it comes from the sea, chances are you’ll find it at the Tsukiji stalls. Chris Osburn chronicles the sights of one of Japan’s most famous food markets…

With 23,000 square metres chocked full of wholesalers peddling more than 400 species of edible marine life, Tsukiji is not only the busiest market in Tokyo but the biggest fish and seafood market in the world. Sightseers are certainly welcome, but catering to tourism seems to be the last concern for folks working here. Don’t wear your favourite open-toed shoes. And, unless your Japanese language skills are impeccable, strongly consider going with a guide.

Featuring a practically surreal assortment of fresh and sometimes unidentifiable sea creatures, Tsukiji is not necessarily for the squeamish. Indeed, if it’s conceivably edible and from the sea it’s probably on view at Tsukiji. For example, fish heads – especially with the eyeballs – apparently make great stock and though probably discarded by many Westerners are a prized commodity in Japan.

Bluefin tuna is big business at Tsukiji. The record price for one bluefin is a whopping $1,700,000. The frozen fish weighed 489 pounds and was sold in auction to Kiyoshi Kimura to be served in one of his Sushi-Zanmai restaurants in Tokyo. The market opens at 3am most days. Tons of tuna from across the globe are prepared for the auction starting at 5.20am and usually finishing up by 7am. Visitors are usually welcome to visit the auction, but officials have been known to turn large groups away and ban tourists from the auction from time to time.

The market is divided into two areas: an “inner market” for licensed wholesale transactions and an “outer market” that’s a mix of wholesale and retail shops selling everything from kitchenware and restaurant supplies to groceries and seafood. Want a free sample of Japan’s most famous omelettes or to take a gander at utensils for virtually every eating related activity you can imagine? And like some post-modern industrial ballet, the logistics behind the movement and re-use of items such as Styrofoam is almost as much of an orchestrated production as the actual buying and selling of seafood and can be just as fascinating to observe.

Just round the corner from the outer market and set on the water’s edge is the 17th century Namiyoke Inari shrine (see final photo). The courtyard of the shrine is dotted with various memorial plaques and carvings donated by trade groups in the marketplace as well as statues dedicated to the spirits of the fox, of certain sea animals and even one to sushi.

Tsukiji is closed on Sundays, holidays and some Wednesdays. Tokyo locals say these are the days to forego the sushi and try some of the city’s other delicacies. 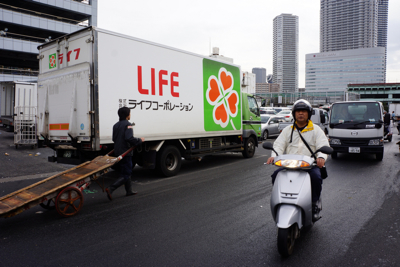 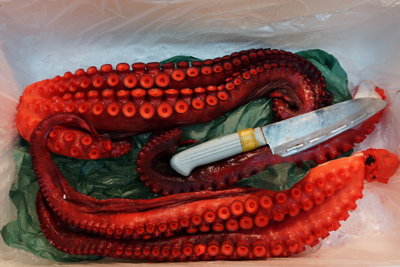 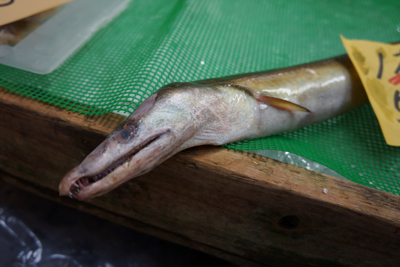 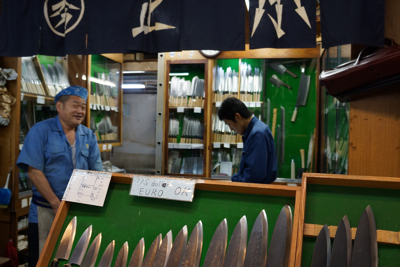 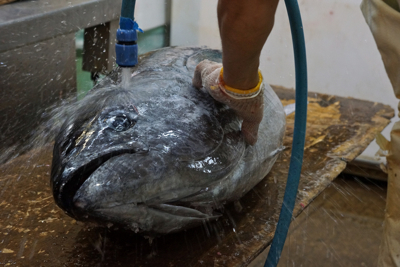 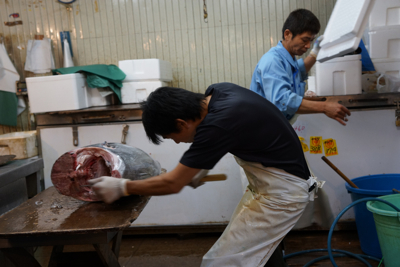 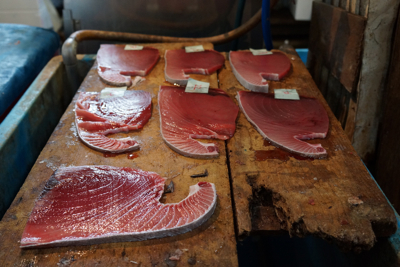 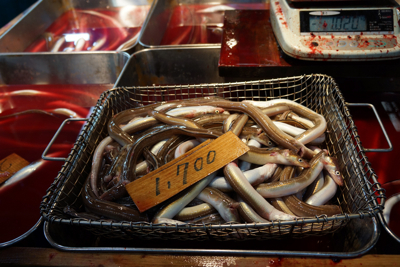 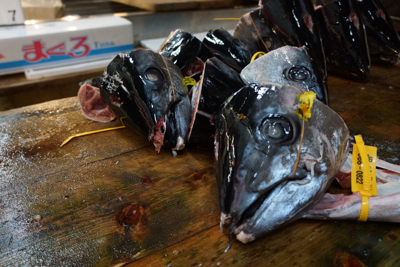 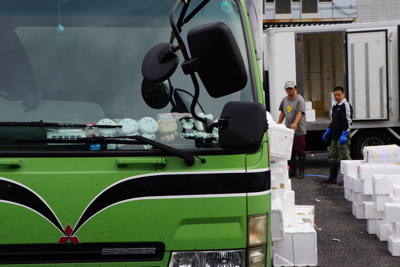 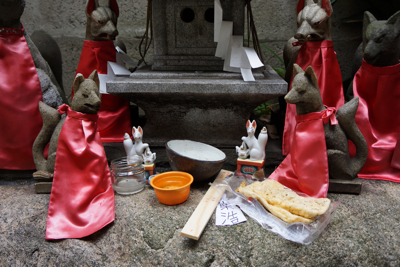