So you’ve feasted on goulash, splashed around in the baths and visited the Parliament… what now? Our local expert Taylor Geiger shares her alternative things to do in the Hungarian capital…

I first visited Budapest in the winter of 2012. Hungarian winters are cold and dreary, so I spent most of my trip soaking in the healing thermal waters of various baths all over the city. In the evenings, I stayed up late at one of the many ruin pubs on Kazinczy Street. When I returned to the city in summer time, I visited Castle Hill, the Terror House museum, and even took a river cruise… all of the standard tourist attractions. Something about Hungary kept enticing me to return and eventually move to Budapest for work. That’s when I discovered a whole other side to the city, the attractions and experiences which make it such a special place. In this “Secret Seven guide” to the Pearl on the Danube, I’ll provide some suggestions which will allow you to experience the city in more depth on your next visit.

Pretty much every traveller to Budapest discovers Szimpla, a legendary bar that has (deservedly) featured in every Budapest guidebook for the last decade, and a simply great place to party until sunrise. But what most visitors don’t know about the mother of the city’s emblematic ruin pubs is that it turns into a local farmer’s market every Sunday morning, with a fantastic selection of locally produced salamis, homemade syrups, every flavour of jam, and much more on offer. The mission of the farmers market is to bring healthy, farm-fresh and home-grown products to the city. Usually the market also features live music from local bands, not to mention the opportunity to thoroughly explore this eclectic ruin bar in all it’s glory during daylight hours. More info here.

Did you know there is a huge network of underground caves scattered around the city? You can take a tour of this subterranean world, dressed in a tough miner’s suit and helmet – which are absolutely necessary to prevent unwanted bumps and bruises as you wiggle your way through some tight spaces. You can book via Caving Under Budapest or Get Your Guide. This activity isn’t for the faint of heart, as there are many places in the caves where you must lay down and inch your way through the narrow tunnels. But if you’re into extreme sports and you’d like a unique experience, the adventurous crawling and climbing tour through the Pál-völgyi cave system might just be the highlight of your trip.

There is more than one castle in the city and this lesser known one is located within the City Park. The largest skating rink in Budapest is located directly in front of the castle during winter months and its fairytale appearance makes the perfect backdrop for pictures taken on the ice. Although the castle looks quite old, it was actually built in 1896 as a tribute to the Hungarian conquest of the Carpathian basin one thousand years ago. It is possible to climb one of the castle’s towers for an excellent view over the park and visit a museum about Hungarian agriculture within the castle complex. The Romanesque Church of Jak within the castle complex is one of the most popular churches for weddings in Budapest, but you don’t have to attend a wedding to have a look inside at the beautiful medieval style cloister and detailed decorative motifs.

The name of this restaurant comes from the Hungarian word “könyv”, which means book. Accordingly, the restaurant offers a themed menu that changes weekly based on the current book selection. Appetizers, entrees, and even desserts are named to reflect the characters and contents of the chosen book, but are always prepared with Hungarian flair. For example, when the book of the week was Harry Potter, butternut squash took the center stage in many of the dishes along with traditional Hungarian “palacsinta” thin, crepe-like pancakes for dessert. On another visit, the book was The Prince and the Pauper and I enjoyed the most amazing “royal pheasant broth” and a “rich and poor” coffee chocolate cake. Best to reserve in advance.

You’ve seen the Museum of Fine Arts and The Hungarian National Gallery? Are you ready for a different “museum” experience? Although the Zwack Unicum is not a museum in the traditional sense, it is an interesting glimpse at one family’s perspective of the city’s tumultuous history over the past 200 years. Unicum is Hungary’s most popular liquor and was originally introduced during the reign of Emperor Franz-Joseph of Austria-Hungary. Today, the company produces more than 200 different types of liquors and spirits which are available in every Hungarian bar. A visit to the museum includes a 20 minute video about the history of the family business during the First and Second World Wars as well as during the Cold War. Amazingly, the secret family recipe which has been passed down for six generations was never uncovered throughout all of these conflicts. Those interested in marketing and advertising will enjoy seeing the company’s long history of ads for various alcoholic offerings and collectors will enjoy viewing the largest miniature bottle collection in Central Europe, featuring 17,000 bottles. Did I mention you also receive three samples of Unicum’s signature apertif?

Part community center, part art gallery, part late night hangout spot and part event space, Muszi is difficult to define. There is always something going on in this space, from board game nights to photography exhibits to improv comedy, Muszi serves as a community center like no other in Budapest, catering to a young urban crowd of 20 and 30 somethings. Finding the entrance is a bit of a challenge, but once you see those green doors plastered with all manner of stickers, press the buzzer and you will be let in. Make your way up to the third floor, where you’ll find the bar and a kiosk with info about what’s happening. Digital nomads, solopreneurs and others planning to stay longer in the capital, might be interested to know they also offer co-working spaces available to rent by the day.

7# The Hospital in the Rock

If you didn’t get enough of Budapest’s underground caverns on the caving tour, or if you aren’t quite up for spelunking, here’s a much safer and simpler way to see what’s lying underneath Castle Hill. Several small caves naturally existed here which were joined together to create a bomb-safe hospital, used extensively during the Siege of Budapest in 1944 – 1945, as well as during the 1956 Revolution. Wax figures in every room help visitors to imagine what the hospital would have looked like during these times. Most of the equipment featured is time-period original, so the wax figures help to further set the stage. Patients with lost ligaments and bloodied heads lay on stretchers, while many with pale faces lie three to a bunk. The hospital was so terribly overcrowded following some devastating airstrikes during the Second World War that doctors decided to move some patients into adjoining spaces in the caves to prevent the spread of disease. Those interested in the history of the city over the past seventy-five years will get an interesting summary by joining a guided tour of this unique attraction. English language tours routinely run every hour on the hour.

Foodies looking to delve into the world of Hungarian gastronomy, should consider this top-rated tour offered by Urban Adventures. The itinerary takes you to five separate authentic locales for food tasting, each very different from one another. For example you’ll visit the Central Market Hall, where you’ll taste slices of salami and sausages and get acquainted with some of the country’s classic foods and food etiquette, as well as an award-winning chocolate factory sequestered in Central Pest and known for its pure chocolate and and fair trade production, plus several authentic bars and restaurants where you’ll get to sample goulash soup (obviously!), Hungarian strudels, freshwater fish and even some kosher food made by the city’s Jewish community.

Nature lovers can enjoy the great outdoors within the confines of the city, by following the footpath that heads up Gellert Hill. You can begin walking up the paved trail directly across from the entrance to the ever popular Gellert Spa (you can buy a skip the line ticket here if hitting the famous baths is a priority!). As you walk up, you can have a look at the Chapel in the Rock, a church carved directly into the rock face of Gellert hill. The hike goes up quickly, and visitors only need to allow about two hours to go up, have a rest, possibly take a look at the Citadella monument and come back down. Several lookout points along the way provide stunning views over the Danube and the city below. The hike is well paved and suitable for all ages and athletic abilities.

So there you go, nine great tips for you, and that’s even before you check out our feature article on Exit Rooms… these cryptic vaults require you to answer a succession of clues before you can escape from your self-inflicted prison. It’s a trend that has spread across every major European city, but it started right here in Budapest. You’ll also find our review of the world famous Sziget festival and round up of the very best rooftop bars in the city right here on this blog, amongst other Budapest travel stories.

You can find even more activity options on Get Your Guide, along with genuine traveller reviews and ratings. From bike, scooter and Segway tours, to Danube River Cruises there’s plenty to choose from (over 300 in fact!), including some great day trips and the worthwhile Budapest Card. (Nb. and if you do book through GYG we get a small commission that helps fund more free content like this!).

Finally for more Secret Seven posts, check out our recently published list of alternative attractions in Athens or cool things to do in Seville, Spain. And if you’re new to the blog don’t forget to join 50,000 travellers a month by subscribing for free travel guides via our fortnightly newsletter.

BEFORE YOU GO CHECKLIST 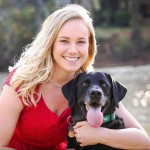 Taylor writes about traveling with her black labrador across Europe, healthy habits on the move and life as an English teacher on her blog. She also contributes regular travel articles to 008 magazine, theculturetrip.com and pinkpangea.com.