After setting off from Illinois, Vince finally lands in India, via Zurich, to commence his adventures “On The Road”. Stay tuned to UTB, or follow him on Facebook and Twitter as he journeys around Asia. And big shout out to tours and travel specialists, Tucan Travel, who are supporting this trip!

I landed in Mumbai on a Sunday night (who the hell knows what day it was where I came from – time zones are lost on me by this point) and exited the airport to the open arms of my long-time friend Franklin. We hopped in a tuk-tuk to head to the area of Santa Cruz, where our friend’s mom owns an apartment that she generously lent us for as long we wanted to stay.

Tuk-tuk rides are pretty terrifying. There seems to be a general lack of any sort of rhyme, reason, or regulation to the trout-stream of tuk-tuks, taxis, motorbikes, and buses in this city. The only constant is the honking.

We arrived unscathed at our little apartment after flagging down a decent English speaker to help us gain our bearings in our neighborhood. The apartment, by first-world standards, looks like there would definitely be some low-level drug production going on. But by Mumbai standards (…and budget traveler standards) it’s spacious, comfortable, and all we could ask for (especially for free!).

We headed out to get some food, but being almost midnight our choices were slim. After another short brush with the grim reaper (tuk-tuk ride) we landed on a small bar/restaurant called “Love Birds” where a nice man in a suit welcomed us. Inside, Love Birds was a smallish, neon-lit bar with really loud music. There were a few people in the corner singing along, in a sort of a permanent karaoke set or something, but otherwise it was mostly empty, except for a few attractive girls standing in the middle and a couple of other people seated at tables like ours. We ordered a few beers and a little bit of food from the overly hospitable man in the suit and caught up.

Within a few minutes, from across the room, cash started flying in the air. Somebody was rapid-firing 20 rupee bills, just clouding the other side of the bar with flying money. In America we call this process “making it rain,” and, unfortunately, I think we can take credit for its existence. One of the girls in the middle started dancing around where the money was flying up. We were confused. Were we in a strip club? Hmmm… Everybody was fully dressed.

Finally Franklin flagged down our gracious host and asked him what was going on. He said that it was a dance club, and for some money the girls will dance, and for much more money they will leave here with you for a “night of fun”. Oh. I see. Love Birds. Right. Sort of a strip club? Sort of a brothel? It was interesting how discreet the whole thing was. I don’t consider ourselves to be particular naïve about that kind of thing, and we honestly had no idea when we walked it. But it definitely wasn’t our intention to patronize any such establishment further than two beers and paneer masala, so we paid our bill and headed home.

The next morning I could hardly sleep; I got up with everyone else in Zurich, only I was in India. I couldn’t sleep more, so I went out for a walk while my friend slept. Our apartment was in Santa Cruz, a section of Mumbai a dozen or so kilometers north of the city center. It was a buzz to walk around for two hours and not see another non-Indian person (…not to mention get stared at a lot). 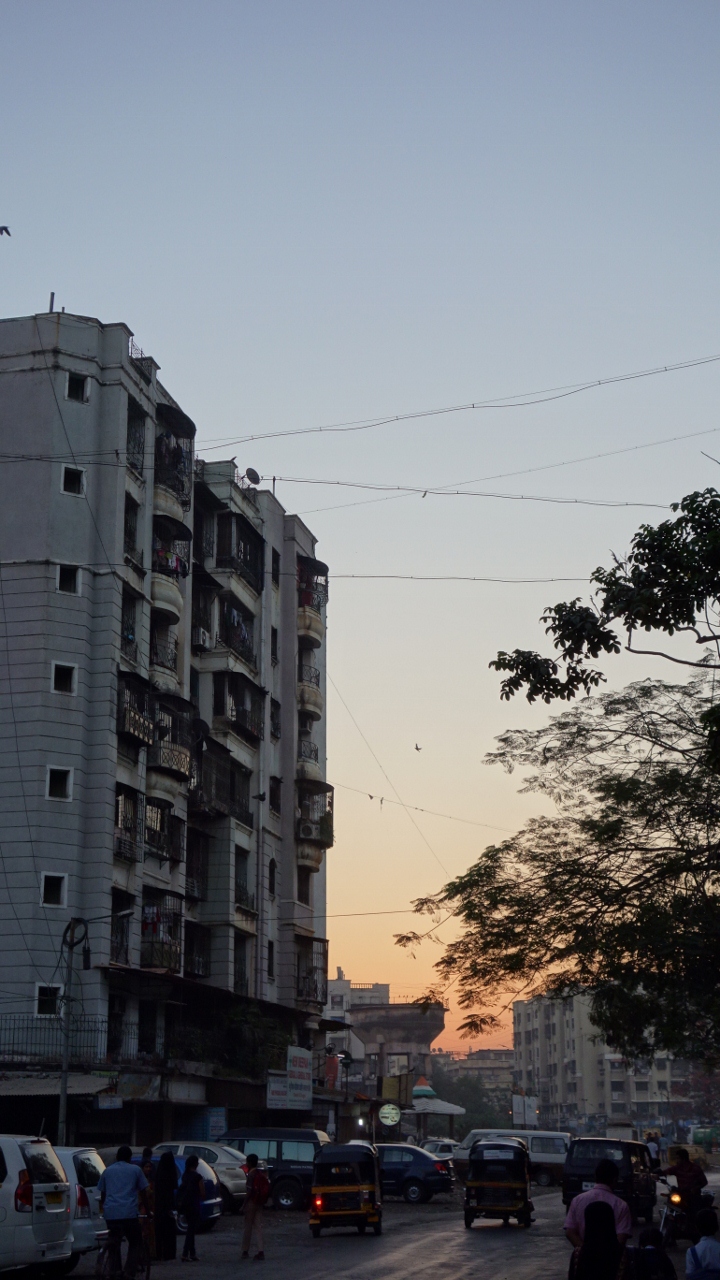 The poverty here is pretty serious; there are people sleeping on the streets, trash in heaps, and the slums alongside the rail road tracks are an intense site. Of course, you hear of this before you come, but I don’t know if it’s possible to adequately understand until you are here (at which point you still don’t understand it per se, just witness it). It’s a curious thing, though, that in such an abject state, it doesn’t feel dangerous or imposing. I know that in an area as bad as this in Los Angeles (if there was one) I would feel afraid for my life; in America, and I think a lot of places, poverty often breeds crime and violence. I don’t know how different the crime rates are here, but I haven’t found anyone to be aggressive or intimidating. This is solely from my own observation, for whatever it’s worth. Maybe they just leave tourists alone.

The next day we checked out some of the “sites” of Mumbai, of which I would recommend the following attractions:

The Hanging Gardens: Somewhat deceptively named because they sit on tanks of water that hold upwards of 30 million gallons of water. Nonetheless they are a really pleasant gardens to walk around and get some good views of the city.

Marine Drive: A nice ocean-side thoroughfare to drive or walk down. I’m sort of an architecture geek and this is where Mumbai’s interesting collection of Art Deco buildings is concentrated.

Gateway to India: Actually not all that special, but it’s a nice place to see the famous Taj Mahal Hotel, the gateway arch, and get a good perspective of the bay that made Mumbai (formerly known as Bombay) a historic colonial port and subsequent major hub on India.

Elephanta Island: A really pleasant hour-long boat ride in each direction, this island is a cool place to spend a few hours. It’s got a series of carved out caves that date, with much mystery, from somewhere between the 5th and 8th centuries AD. The sculptures and architecture of the caves is incredibly impressive and one can imagine that before more than a dozen centuries of wear and neglect it must have been an even more incredible site to see.

The next stop for Vince is Goa, so dial “UTB On The Road” for more Asian adventures (next post coming soon!). If you’ve got any tips or questions or encouragement for Vince, or just want to keep tabs, find him on Facebook and Twitter. Monkey photos guaranteed, or your money back!

Posted in On The Road with destination tags India, Mumbai