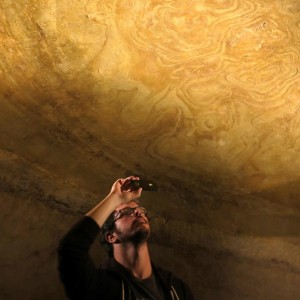 Born towards the end of November 1985, John spent his formative years in the middle of Wales making lists and eating crisps. He never truly had any great dream to travel, but a sequence of unfortunate events led to him taking flight in 2007 and the rest, as they say, is history. John isn’t really interested in a pissing-contest type of discussion about extensive travel and ‘that time you spent three weeks on a bus with no feet’, because life is more about who you are than what you’ve done.

This is also because John’s travel experience blossomed in the Balkans and didn’t really move any further bar an aborted sojourn in Venezuela of all places. It was Mostar that first grabbed his nicotine-decayed heart and refused to let go of it until every single drop of sweat had been wrung out of the bloody organ. More unfortunate events came and this four-eyed Welshman found himself living and working in Ljubljana (Slovenia), writing and editing the In Your Pocket guide there and generally trying to find the bleakest film known to man.

John is now based in Belgrade, something he blames on a fine mixture of good people and inertia. He still makes lists, he still eats crisps. When not writing about the history of the Slavic people, John can usually be found trying to convince you that the Melvins are objectively the coolest band in the world.

There’s more to the story than this of course, so find John on twitter or head to his sporadically updated blog. His meticulously researched book ‘An Illustrated History of Slavic Misery’ is tentatively scheduled for release at some point in a year in the future. UPDATE: You can pre-order a copy via Kickstarter!