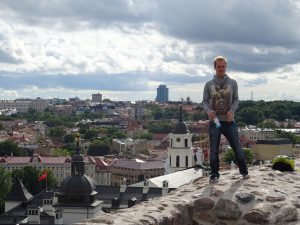 A recent law graduate Kai is currently based in Mannheim and Berlin, both not that far from salty winds of the North Sea region where he grew up. Though always enthusiastic about foreign cultures and history, Kai’s passion for travels really came to the fore after purchasing an Interrail ticket – merely because none of his friends had time to join on him on any other spontaneous getaway in 2009. Hooked on travel ever since, he tries to explore new cities whenever possible and has developed a love for Eastern Europe, where he also lived for a short period of time. When at home you’ll probably find him philosophising about either sports, politics or the perfect pizza, all while still having the best intentions to finish his first novel – at least at some point.