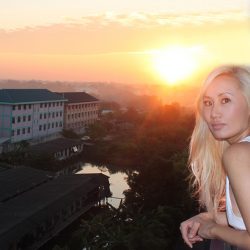 Kaila Yu is a based in Los Angeles. She also writes for self named blog Kaila Yu and was the former lead singer of an all-girl rock band! Many of the stamps that she earned on her passports were earned while touring the band. She has a combined social media following of 580,000 and growing and has been regularly featured in print and media publications around the world: including The Rolling Stone, FHM, MTV, Buzzfeed, The Huffington Post and more. She is not at all afraid to speak her opinion whether it be a popular one or not.