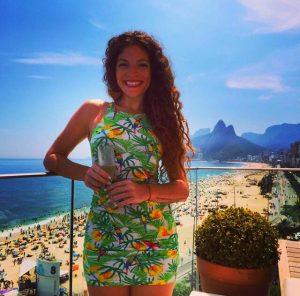 Born and raised in Los Angeles, California, Lauren Quinn left the states late in life at 20, for a study abroad in Toulouse France. Having never taken a bite out of the world, she got real hungry. The path soon saw her living in Delhi, India learning Hindi and volunteering with street children. But the unquenchable girl couldn’t get enough of learning the depths of a culture and their language. So for the next several years she called London her home, doing business development for a design firm in Soho. But the routine of the corporate world dulled her wings, where writing speeches for Ambassadors and Politicians in San Francisco and working in dive whiskey bars did not. She thought she was done with the language game, but after a solo 6 month trip around South America to brush up on her Spanish, she fell in love with the land of Brazil. She decided she would move there, so ran home to pack and returned immediately to begin her dream of hosting travelers in a tropical country. She began and currently runs Bromelia Rio Travel concierge service on Ipanema beach. Instead of catching a plane every other week to see the world, now the world comes to her. She has been featured in Esquire and Elle Magazine.